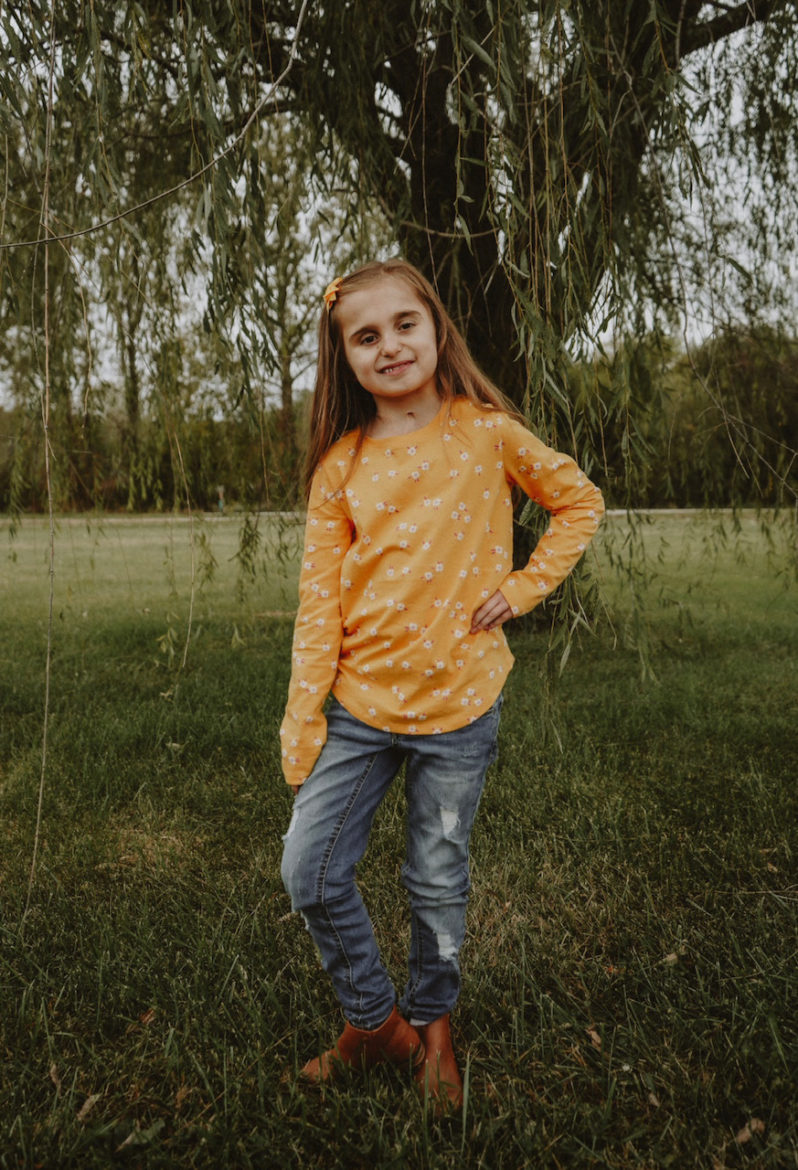 Nine-year-old Sophia loves the lights, camera, and action of the screen and stage. She is obsessed with the Marvel Universe, Star Wars, and Hamilton. She is having a HamilTEN birthday party this year in honor of her favorite musical, and she was elated to receive a signed handwritten postcard from Lin-Manuel Miranda. Sophia is now determined to be a writer and a director, which makes sense, as she sure knows how to make an entrance. 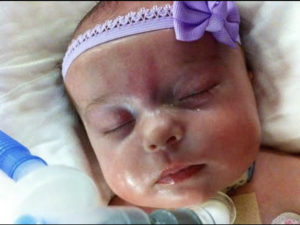 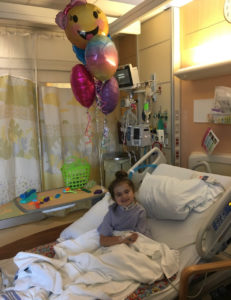 Within an hour of being born, Sophia was lifelined to Riley Hospital for Children due to breathing complications. Sophia stayed at Riley for almost five months, and in that time, her doctors discovered she had tiny holes in the backs of her eyes and two holes in her heart. Genetic testing revealed that Sophia had CHARGE syndrome, a rare and complex disorder that refers to birth defects with a wide range of conditions. CHARGE syndrome often involves:

Sophia underwent three surgeries: two on her nose and one on her airway. She had a tracheostomy tube placed at seven weeks old, as well as a gastrostomy tube for nutrition. At almost five months old, Sophia was finally able to go home on a ventilator. And just before she turned one, her ventilator was removed. 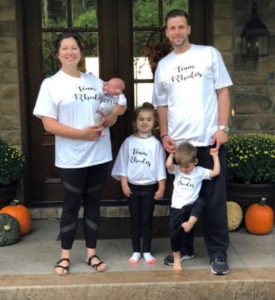 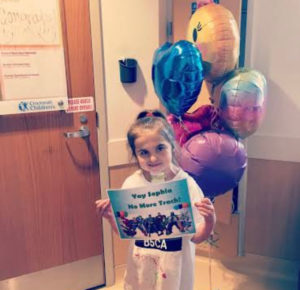 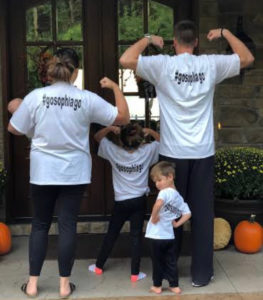 As her parents John and Amanda say, Sophia had been through it all. And that was just her first year of life! But the continual medical challenges for CHARGE children can be overwhelming. Amanda took off a year of work to care for Sophia, and private nursing helped when Amanda returned to her teaching position. “Maybe because she’s our first and we didn’t know anything different, that helped us tremendously, because we just put our all into her,” says Amanda.

Sophia has had 29 trips to the OR due to complications with her collapsed airway. She has severe hearing loss in her right ear and moderate hearing loss in her left ear so she wears hearing aids daily. Because she still aspirates, she is fully G-tube fed. She experiences balance issues and has low muscle tone. But a happy milestone occurred last year: Sophia has been tracheostomy free since March 2020.

Even with all her challenges, Sophia accomplishes things no one thought she could.

This may be because John and Amanda do not label Sophia with CHARGE syndrome. “We describe her as Sophia who likes to do this and that, and oh yeah, she has CHARGE syndrome,” says Amanda. They make sure Sophia has the same opportunities as everybody else, including her two younger brothers, and she in turn doesn’t see herself as any different. “At some point, you have to put that diagnosis in a back pocket and let your kid show you what they can do,” says Amanda. “Give them every opportunity to succeed and they will surprise you.”

Sophia’s family discovered A Kid Again after Sophia made her TV debut. After Sophia wrote to chef Kevin Belton in New Orleans, he set up a surprise Zoom call and sent Sophia a package of cookbooks, aprons, and a signed photograph. The heartwarming story was shared on the local news in New Orleans and then picked up in Indianapolis on WTHR. A Kid Again saw the feature and reached out to connect.

Sophia’s first Adventure was the Seashore Waterpark this summer where she had a blast with her whole family. Sophia had not been able to get in water because of her trach so this was her first big trip to a pool. She had a great experience going down the kiddie slides. The family looks forward to more adventures that they can do together.

“Planning stuff is hard when you have a child that requires extra planning, so when someone lets us sit back and does that for us, that’s a huge thing,” says Amanda. 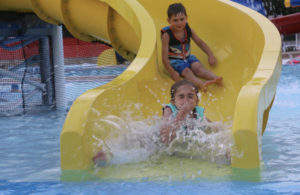 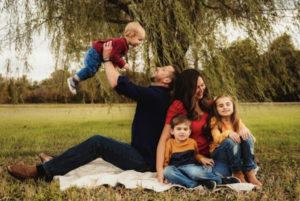