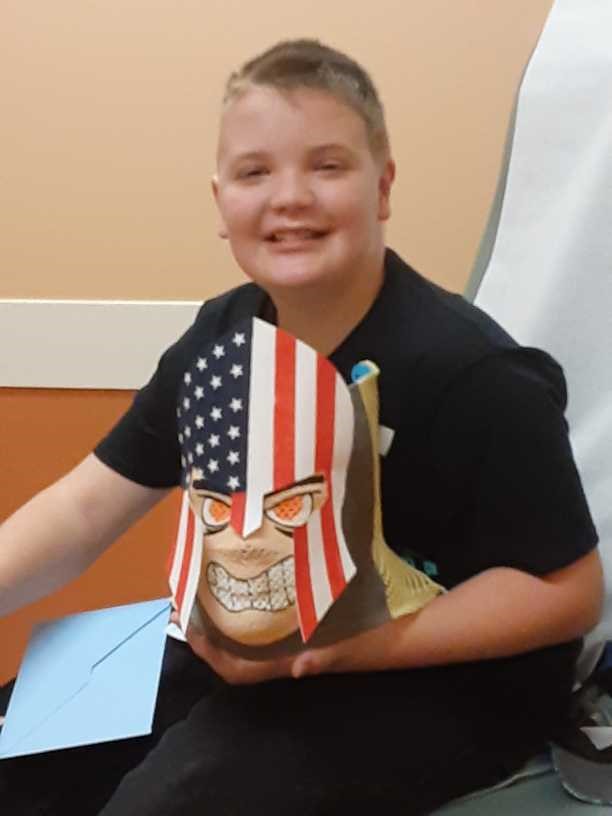 12-year-old Jayden is excited to be back at school this year, after missing much of the 2020 school year following a diagnosis of Stage III Anaplastic Ependymoma. This condition causes cells in the central nervous system to multiply rapidly, leading to the formation of a tumor.

In July of 2020, Jayden’s parents noticed some unusual symptoms in their son. The left side of his face, including his eye, had started to droop. He had begun drooling a lot and was dropping things frequently. Just two weeks prior, his mother, Jen, had taken him to the family doctor for intense headaches that would leave Jayden clenching his head in hopes they would stop. His family doctor initially ruled high blood pressure as a possible cause, based on that day’s elevated reading and his family history of hypertension.

Fast forward two weeks, Jayden’s mom decided to take him to the local walk-in clinic since his symptoms were progressing. From there, the doctor sent him to the Emergency Room for a CT scan. Within 45 minutes of completing the scan, Jen was pulled into a private room where doctors revealed that Jayden had a brain mass the size of a grapefruit. Without being given many details, Jayden was transferred to Riley Children’s Hospital in Indianapolis for a more extensive workup. Upon arrival, doctors performed a two-hour MRI hoping to get a better look at the mass. 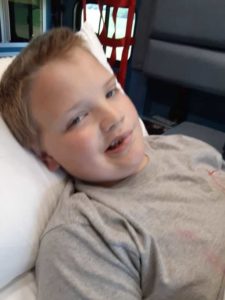 That evening, doctors came in and explained everything to Jayden including the need to have the tumor surgically removed. “Jayden handled things really well,” says Jen. “I was a complete mess, but Jayden took the news well. When the surgeon told him he needed surgery, he replied by saying he was ready to get it over with.”

On July 15, 2020, just 2 days after learning of the mass, Jayden underwent an 8-hour surgery to remove the tumor. His surgeon spent an extra hour making sure the entire tumor was removed during the procedure. He remained in the hospital for the next 6 days before returning home to recover. Following tumor removal, Jayden traveled to Cincinnati Children’s Hospital in Ohio where he received 6-weeks of proton therapy to reduce the chances of the tumor coming back. On November 24, 2020, just before Thanksgiving, Jayden was told he was officially in remission!

After treatment, Jayden initially struggled with hand weakness and had difficulties grasping objects. “We did a lot of legos and worked with an occupational therapist on his strength and gripping.” He still has side effects from treatment and gets tired very easily. “You can always tell when he overworks himself because the area under his eyes turn black and blue as if he’s been punched.” Just one week after brain surgery, Jayden underwent an emergency appendectomy—which proved to be another challenge following his tumor removal. 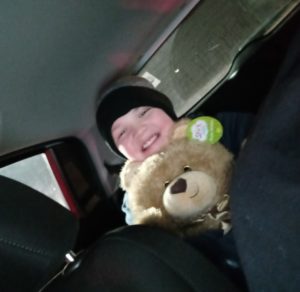 Jayden has follow-up scans every 3 months to ensure his tumor hasn’t grown back. Since finishing treatment, his scans have revealed a few different areas of scar tissue they are monitoring. Jen says he has scans coming up, which is nerve-wracking for the entire family. “I’m so grateful the doctor says he’s in remission, but it’s also hard to not worry about the little things I notice. When he gets a headache, It’s hard not to be that overprotective mom.”

Jen explains that raising a child with an invisible illness can be extremely difficult. The family focuses on keeping everything as normal as possible. “Even if he is exhausted and overworked, I try to keep things as normal as I can.” Following proton therapy, Jayden struggled with hair loss and felt uncomfortable about his appearance. When he returned to school, they allowed him to wear a hat which helped him feel at ease. “It was nice to put him back into school where he could have a normal routine, even though he felt a little uncomfortable. We tried to keep things as normal as possible.”

After a long road, Jayden is beginning to find normalcy again. He enjoys bowling in a local youth league and loves playing legos and video games. Jayden’s family was introduced to A Kid Again through a mutual friend of an acquaintance at church. “Her daughter had a tumor as well, so we shared our stories and compared what we were going through.” Around Christmas 2020, they joined as an A Kid Again family. Jen says they’ve only been able to attend a few AKA events, but his favorite so far has been Kings Island. “Jayden had never been on a roller coaster,” adds Jen. “He actually stepped outside of his comfort zone and enjoyed many rides that day. Now he wants to go back to Kings Island and ride even more!”

Jen expresses her gratitude for everyone at A Kid Again. “We appreciate the support knowing we have somewhere to turn where other people are going through similar situations.” She says the opportunity to make new memories with her family is something they all cherish. 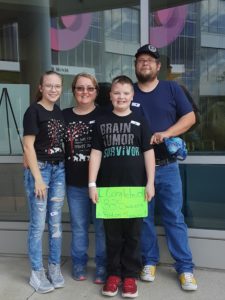 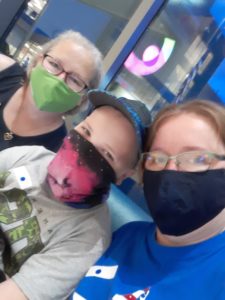