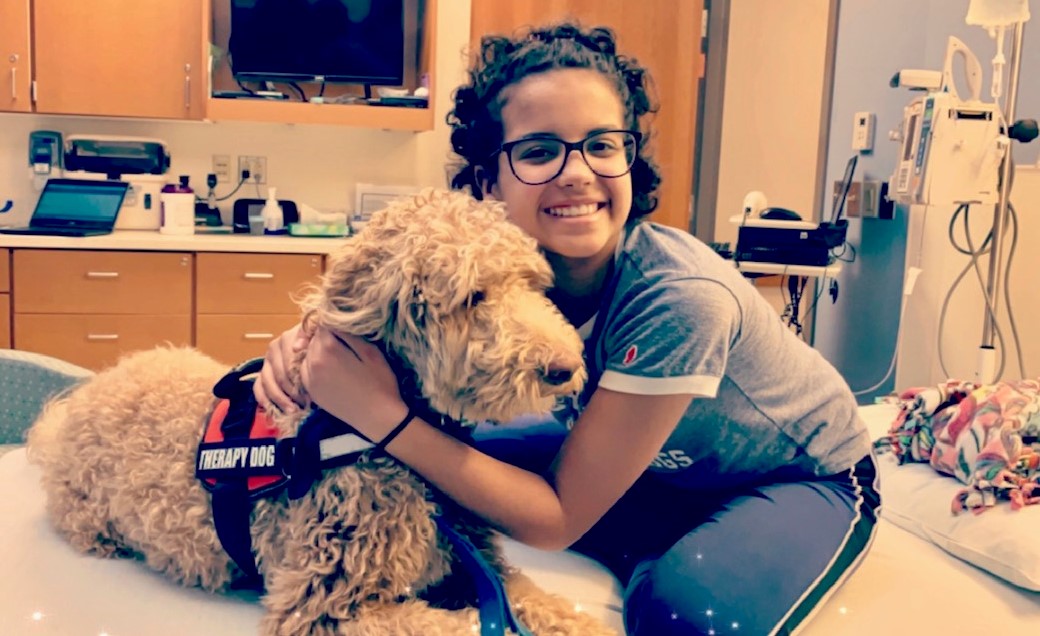 Reem is full of energy. If you don’t see this 13-year-old inside drawing or coloring, she could be outside riding her bike, or skateboarding, or jumping on the trampoline. Not there? She could be off creating one of her TikTok videos. Still no luck? Check the mall – she loves shopping!

And while 2020 was a tough year for most everybody, it brought Reem the chance to use all that energy to celebrate something big: the end of her leukemia treatments.

These treatments started two months before Reem turned 11, when she got a cold that wouldn’t go away. “I was always really active, but then I would come home and fall asleep on the couch. And I was losing my appetite. My mom could tell I was getting pale,” says Reem.

A trip to her doctor a day before winter break ended with very unexpected results. “I never thought when I was taking her that it would be something complicated,” says Reem’s mom, Rana. “I thought it would be a cold until I saw the look in the pediatrician’s eyes.”

Reem was sent to the IU Health North Hospital emergency room right away, where several tests were performed over almost six hours, ending in a final diagnosis of acute lymphoblastic leukemia. She was immediately sent to Riley Hospital for Children in an ambulance.

Acute lymphoblastic leukemia (ALL) is a cancer that affects the white blood cells, which are the infection fighters in our bodies. Children with ALL do not have enough normal white blood cells in their bodies and have a harder time fighting infections. Symptoms include frequent infections, paleness, easy bruising, joint and bone pain, and weakness and fatigue.

It was a big shock for both Reem and Rana as Reem never had issues before. She was a healthy and active kid. Reem stayed at Riley for 10 days to figure out her treatment plan, have a port installed for medicine and lab work, and to keep a watch on her platelet count.

After that first visit, and over the next three years, Reem had more than six hospital stays of a minimum of four to five days each, plus so many nights in the emergency room fighting fevers. 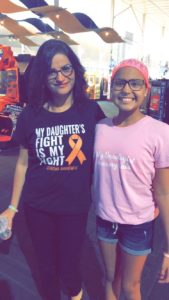 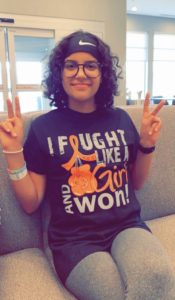 The last winter before she ended treatment, Reem caught a virus and had to stay for three weeks. “We weren’t mentally and physically prepared because we thought we were getting close to the finish line,” says Rana. “Every time she spent time there or overnight, basically it was too much, too many days.”

But those days are finally over and Reem is done with her treatments. She had her port removed in April 2020, and all those doctor visits have dropped to once-a-month blood checks.

Rana says it feels so good to not have to worry about Reem taking medicine on time, getting tired, having chemo appointments, having the port hurt, having a fever, and all the other bad thoughts that come with leukemia.

“You go through phases the minute you find out,” says Rana. “I went through all of them, between the denial and accepting the fact and then trying to believe it, trying to deal with it. It took me a few months to get to a point where I felt I could handle it.”

Reem and Rana have a great support system, full of family and friends, plus Rana’s work and Reem’s school. “When you have all your family around you and everyone is trying to help and step it up, it makes a huge difference,” says Rana.

Rana and Reem were also able to lift each other up when the other was down. “It’s a long journey and you want to guard yourself with positive thoughts and not let yourself fall into believing it’s not going to go the right way,” Rana says.

A moment that sticks out to Rana is when her daughter started to lose her hair and decided to shave it all.  Reem saw that her mom was crying. “She’d say, ‘Well, it’s just hair, it’s OK, I’m fine,’” says Rana about Reem. “She dealt with things in a very good way, which made it easier for me.”

Reem’s journey made both Rana and Reem stronger and helped them appreciate the little things that people take for granted, including sleeping in their own beds and showering in their own house. “We went through days where we questioned why is this happening,” Rana says, “but God is generous, and we believe everything happens for a reason.” 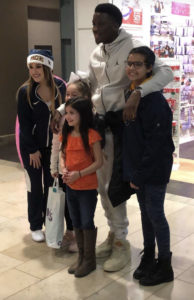 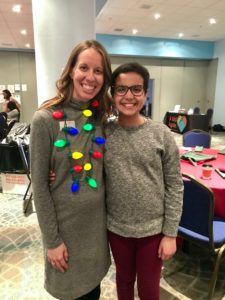 Reem found out about A Kid Again through her Child Life Specialist at the hospital. She’s been able to participate in two Christmas parties, an Adventure in a Box pickup, a coding camp at the Microsoft Store, and a shopping spree with the Pacers at Circle Centre Mall. Reem was paired with Victor Oladipo. “It was really fun to get out and do something and see other people,” says Reem.

So much fun, in fact, that Reem is eager to volunteer with A Kid Again herself. She hopes to give back and help other kids going through treatment by showing them she has made it through, and it will get better.