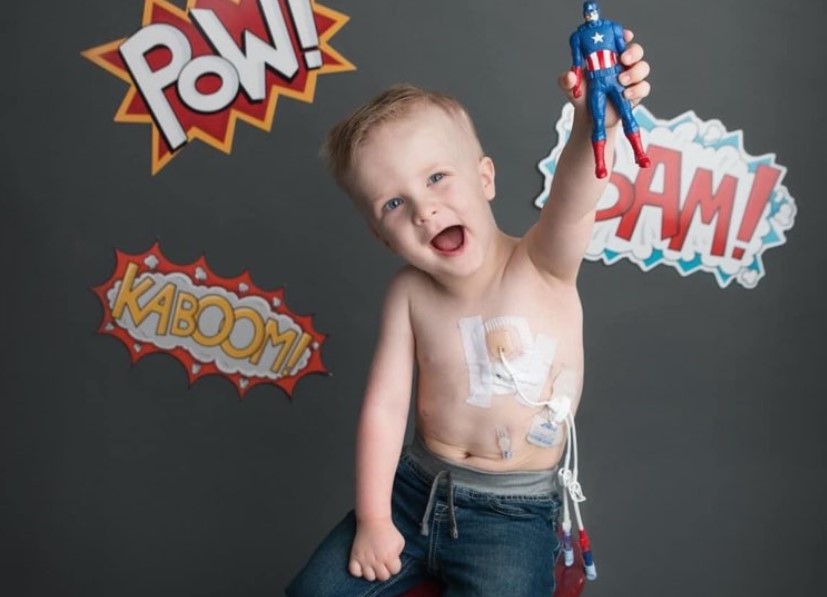 Henry is one busy 4-year-old boy as he tries to keep up with his two older brothers. He is always smiling, always laughing, and loves to interact with everybody. His mom, Emily, says he is the most outgoing of her three boys. Henry is content coloring and drawing inside, but also loves to go get dirty outside where they live in the country.

It is hard to believe that two years ago, Henry was having to relearn everything, from crawling, to eating, to talking. Shortly after Henry turned two, his family found out he had a brain tumor.

“We had just seen a couple subtle changes over probably two months prior to the day we took him to the ER,” Emily says. “He just started to seem like he was struggling a little more with some things he used to be able to do fine.” Henry seemed a little off when climbing up steps, and his parents noticed his little hands shaking sometimes when he was playing with a toy.

Emily works in healthcare so recognized something was not right. Henry’s pediatrician referred them to a neurologist for testing, but before that appointment arrived, Henry fell down the stairs and hit the back of his head. His parents worried he had a concussion so took him to the emergency room, where a CT scan showed that Henry had a tumor. 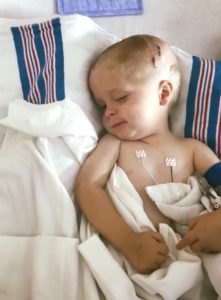 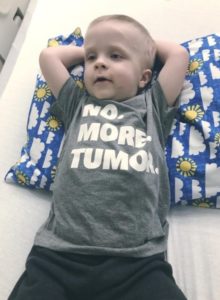 “We were in the scanner and we could just see in the eyes of the technologist that something’s not right,” Emily says. Henry went downhill pretty quickly that same day and was admitted to the ICU at Dayton Children’s Hospital. Things moved fast: he was put on a ventilator and scheduled for surgery the next day. His craniotomy took 12 hours, and while the surgeons were pretty confident that they removed 100% of the tumor, doing so caused significant physical damage.

Henry woke up paralyzed on the entire right side of his body. He had a feeding tube put in because he could no longer swallow. This is when the relearning began. Eating, talking, transitioning from lying down to sitting up, crawling, standing, walking, climbing—he had to learn it all over again.

Henry also had 18 months of in-patient chemotherapy, with MRIs every couple months to make sure there was no growth where the tumor had been. “They thought for certain that there would be,” Emily says, “but I don’t know, by the grace of God or what, he has been tumor free since.” 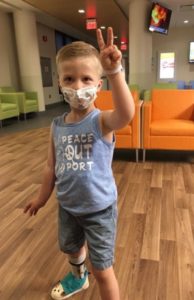 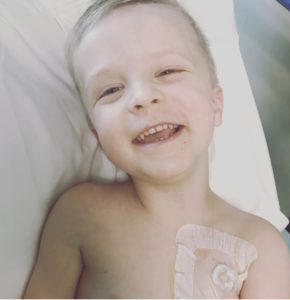 Henry has an MRI of his brain every three months. This will continue for five years total, and then slowly phase out to once a year. He will be considered tumor free when he is five years post-treatment without any growth. The family is excited to be coming up on a milestone: one year post-treatment with no growth! His last treatment was February 13, 2020.

Henry keeps busy with physical therapy, occupational therapy, and speech therapy on a regular basis. Plus, he started preschool this year at the same school as his big brothers. On top of all that, the family is in the process of adopting a service dog, Hank, to help Henry with his mobility. “We are hoping that will help him in the future become a little more independent from us all the time,” Emily says. 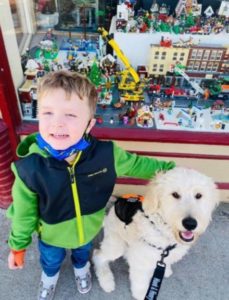 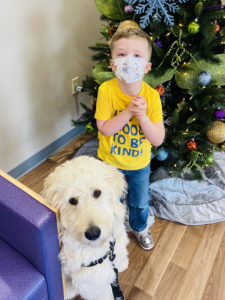 As Henry relearned how to do most things, he also learned how to adapt. He does not use his right arm and hand a lot and has become a left-handed kid. His brothers also adapted by becoming Henry’s big helpers. “Little things like getting in and out of the chair to eat dinner, he has a hard time getting the chair pulled out from the table because he only uses one hand,” Emily says, “but his brothers are right there to help him all the time.”

Emily’s advice to other families going through a pediatric cancer diagnosis is to go with your instinct. “We noticed subtle little things just two months prior, but we listened to our pediatrician and thought it was fine,” Emily says.

“You just have to listen to your instinct and if you think something is wrong, have them checked out sooner.”

She also advises to try to do as many experiences as you can because you miss out while going through treatments. That is one thing that drew the family to A Kid Again: it gives them different things to look forward to, especially the older boys. “When he was going through treatment for those couple years in and out of the hospital, we didn’t do near as much as we had with them the years prior, so they missed out on a few things,” Emily says.

The family has participated in two Adventures in A Box, and visited Kings Island last summer, where Henry was able to fully participate for the first time. “He rode so many rides, he loved it, he loved every part of it,” Emily says. 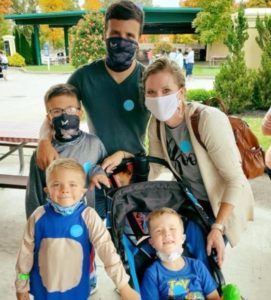 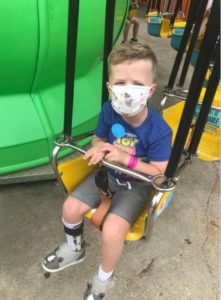 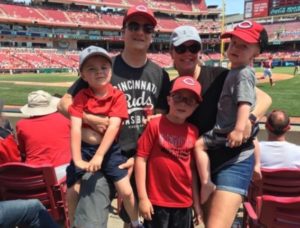