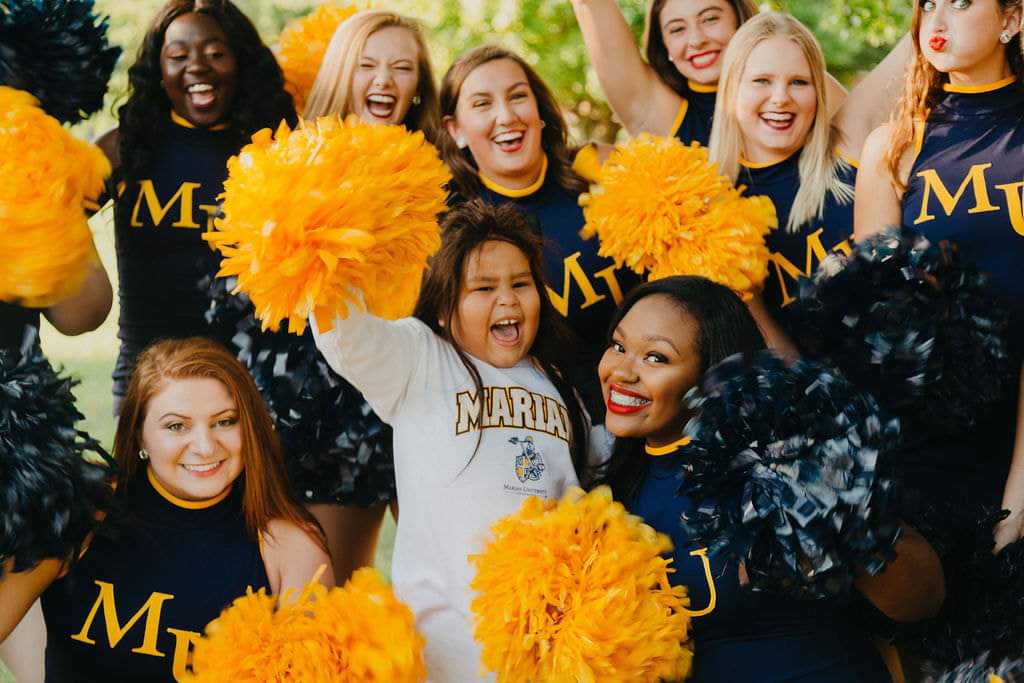 Seven-year-old Rakell is a water baby. She loves to swim, and her favorite places to visit are waterparks. Surprisingly, her love of water did not actually start when she was a baby, but at age five, when she was diagnosed with acute lymphoblastic leukemia (ALL). Swimming was one of the safest activities for her to participate in, and she went all in. 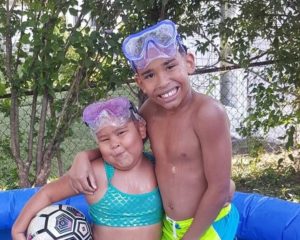 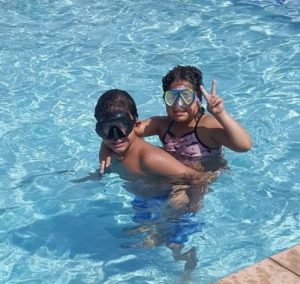 In October 2018, Rakell’s parents Rob and Kelly put their heads together with her pediatrician to figure out what was causing her constant low-grade fevers. Virus tests came back clear, but something seemed off. That December, Rakell woke up screaming one night, and said her legs hurt. The family headed to the emergency room, where they were told it was most likely a charley horse—a sudden, involuntary contraction of the muscle —and sent home.

At this point, Rakell’s pediatrician ordered blood work and referred Rakell to Riley Hospital for Children. But Kelly wanted to move fast. “I think my intuition kicked in and I could not wait for that appointment,” says Kelly. She was able to get Rakell admitted a few days before her biopsy appointment, and three days later, Rakell was diagnosed with ALL, a cancer that affects the white blood cells, which are the infection fighters in our bodies. Children with ALL do not have enough normal white blood cells in their bodies and have a harder time fighting infections.

Rakell’s two-year treatment plan included six months of intense treatment followed by 18 months of maintenance. The majority of her treatment happened at the Riley at IU Health North campus, where Kelly says Rakell ran the roost and knew everybody by name. Although many patients start to feel like their normal selves once they reach the maintenance phase, Rakell was the opposite. “She kind of sailed through the main treatment and then the oral chemo meds really did wonders on her,” says Kelly. Rakell battled a lot of nausea, and the family decided to keep her homebound, partially due to the coronavirus. That included missing in-person school for two years.

Thankfully, Rakell completed all her treatments this past April, and was able to ring the bell at Riley at IU Health North. She is now in remission. She will go in for blood tests every 30 days this first year, and that will bump to every three months the second year. This will continue until she hits the five-year mark and is considered cured. 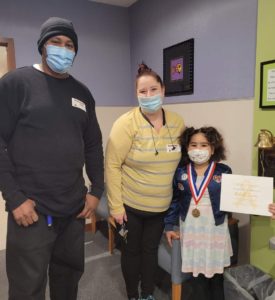 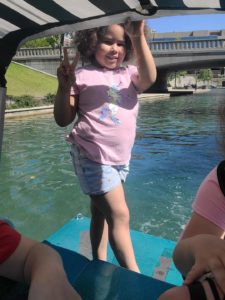 While Rakell’s family is overjoyed that she has completed treatment, they are also adjusting to their new normal. “The end of treatment has been interesting because she has been spoiled and put on a pedestal for two years,” says Kelly. “It’s not what she wants to eat all the time, or when she wants to go to sleep.” Luckily, now that summer is here, Rakell’s niece—who is very much on a routine— comes to play often, which has helped Rakell get into a flow.

Another post-treatment challenge has been coping with ADHD, which emerged once Rakell finished treatment. Kelly thinks this is because for once, Rakell feels good. After years of illness and procedures—meningitis when she was six weeks old, six sets of ear tubes, surgery to remove adenoids, surgery to remove ingrown toenails—everything seems okay. “We’re seeing more hyperactivity,” says Kelly. “It’s good, but it’s exhausting.”

Looking back on Rakell’s journey, Kelly urges others to trust their intuition if they think something is wrong, even if doctors say everything is fine. “I wholeheartedly believe Riley saved her life,” says Kelly. “If we would not have had a children’s hospital accessible to us, her leukemia would have been much more advanced.”

Looking forward, Rakell has much to be excited for. She will start third grade in July, and she has plenty of playmates to keep her busy this summer. Rakell is the youngest of 13 siblings on her dad’s side; has an older brother, James, on her mom’s side; and has several nieces and nephews she loves to play with. She also has a three-month-old kitten, Foxy, that she adopted from the Humane Society to celebrate the end of treatment. 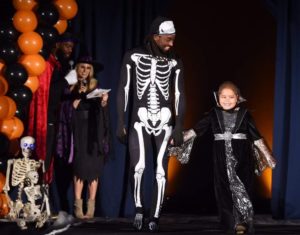 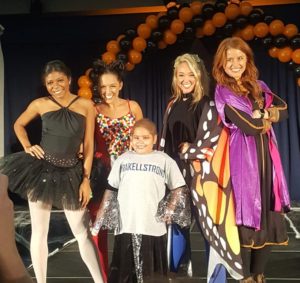 Rakell’s family connected with A Kid Again through Riley. They have participated in several Adventures, including the airplane event at Indianapolis International Airport, Kings Island, Lark Ranch, trick-or-treating in downtown Indianapolis, the Christmas at the Zoo, the Conner Prairie Holiday party, and—Rakell’s favorite—the fashion show with Indianapolis Colts wide receiver T. Y. Hilton. “There are so many pictures of her with the cheerleaders,” says Kelly. “She was completely oblivious to the fact that he was a great football player and probably going to be in the Hall of Fame.”

Kelly praises A Kid Again for including the whole family. “There are a lot of support groups and a lot of things that are very much focused on her, but A Kid Again included her brother,” says Kelly. “There were moments during her treatment where he definitely felt excluded, but A Kid Again gave him a break, too.”