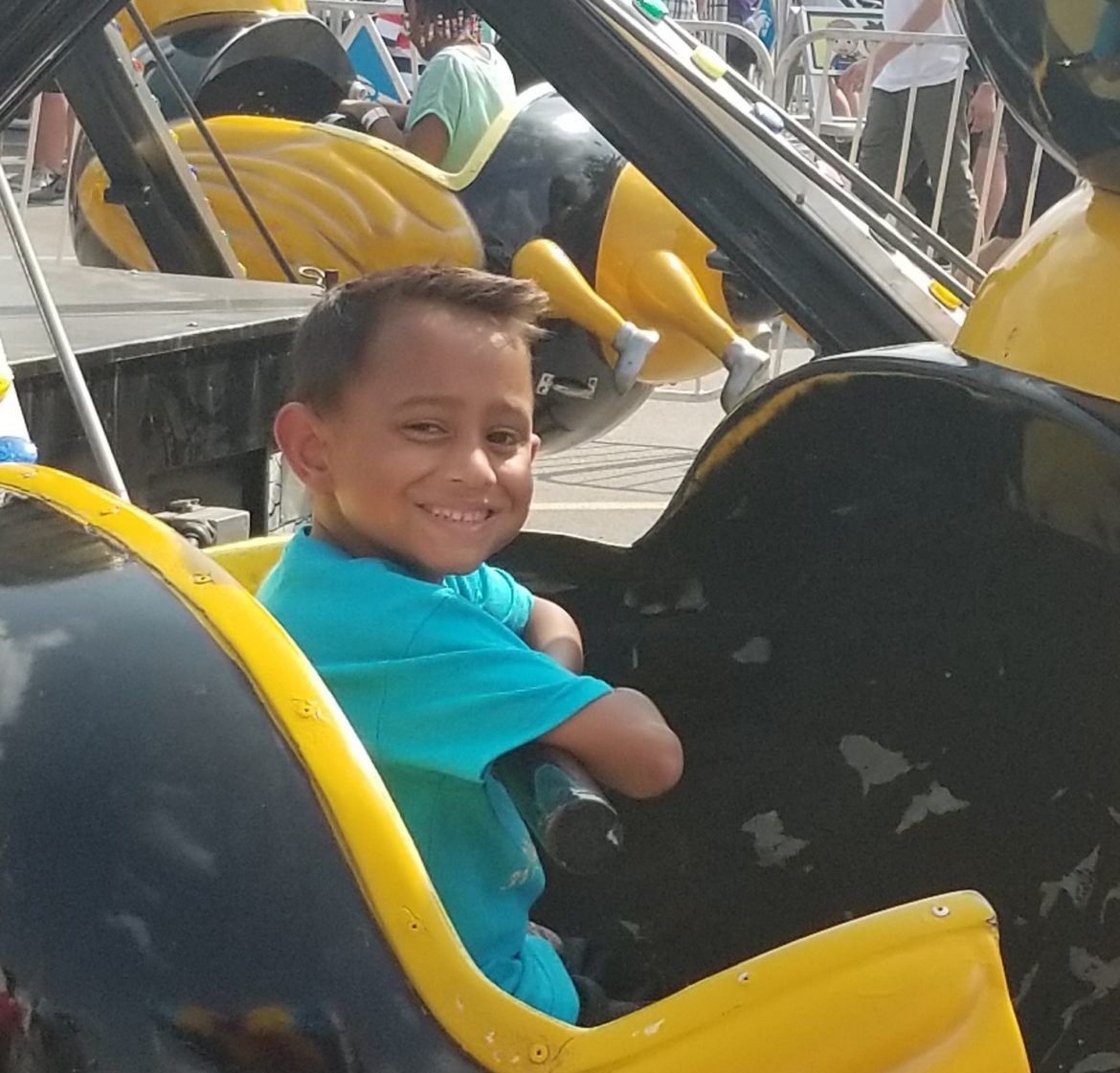 Now that spring has sprung, you will most likely find 10-year-old Peyton outside. He loves fishing and the great outdoors, and his family spends the summers at the campground where his mom, Jody, works.

But Jody, Peyton, and his dad, Larry, know how fortunate they are that Peyton can run around and be as active as he is these days. Just a few years ago, he was diagnosed with end-stage renal disease (ESRD).

Peyton was born with chronic kidney disease. Healthy kidneys filter waste and excess fluid from our blood. But Peyton’s kidneys were not functioning to their full capacity. His doctors sent him to a kidney specialist and started him on a medication regimen. They hoped Peyton’s kidneys would grow with him as he got older. Unfortunately, they never caught up to him.

His kidney disease started to cause more and more health issues, and after having a seizure at age 5, he was flown to Riley Hospital for Children in Indianapolis. Peyton had a feeding tube put in and started going in for weekly iron infusions at Riley. He had reached ESRD, and because his kidneys could no longer meet his body’s needs, he needed a kidney transplant or dialysis to stay alive. 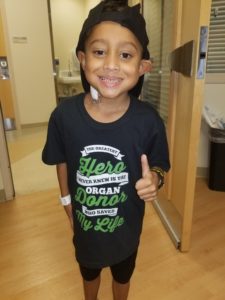 The family was hoping to avoid dialysis, but in June of 2018, he had a dialysis catheter inserted. Thankfully, they were able to complete Peyton’s dialysis treatments at home. “We wouldn’t let it take our life,” says Jody. They ran the machine every night, and Peyton was able to sleep through it and wake up refreshed for the next day.

Taking care of Peyton became a second job for Larry and Jody. “I never thought I’d be a nurse,” says Jody, “but between the shots, the feedings, changing tubes, the dialysis—I had to learn all that fun stuff.”

Incredibly, about a month after his catheter was placed, the family got a call that a kidney was available. Peyton had a kidney transplant on August 21, 2018. The family stayed at the hospital for three weeks because Peyton ended up with an infection. But once he was home, things turned more promising than they had been in a long time. Peyton’s doctors said the donated kidney was in good shape and should last 25-30 years. He is down to monthly lab visits and six-month checkups. Jody says he still has feedings and has to be careful because he gets dehydrated easily, but he participates in all the activities he enjoys.

Peyton’s family found A Kid Again through the staff at Riley. So far, Peyton has ridden in a 500 Festival parade float, attended the Conner Prairie Holiday party, and participated in all the Adventures in a Box opportunities. He looks forward to more activities as the pandemic closures start to lift. But in the meantime, you can find him fishing and camping at their lot. “That’s our life in the summer,” says Jody. “We can go out there any time with his iPad and do his work there. Thank God for hotspots.” 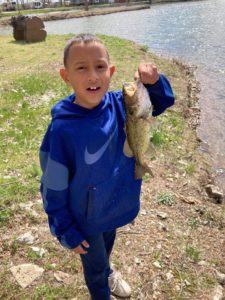