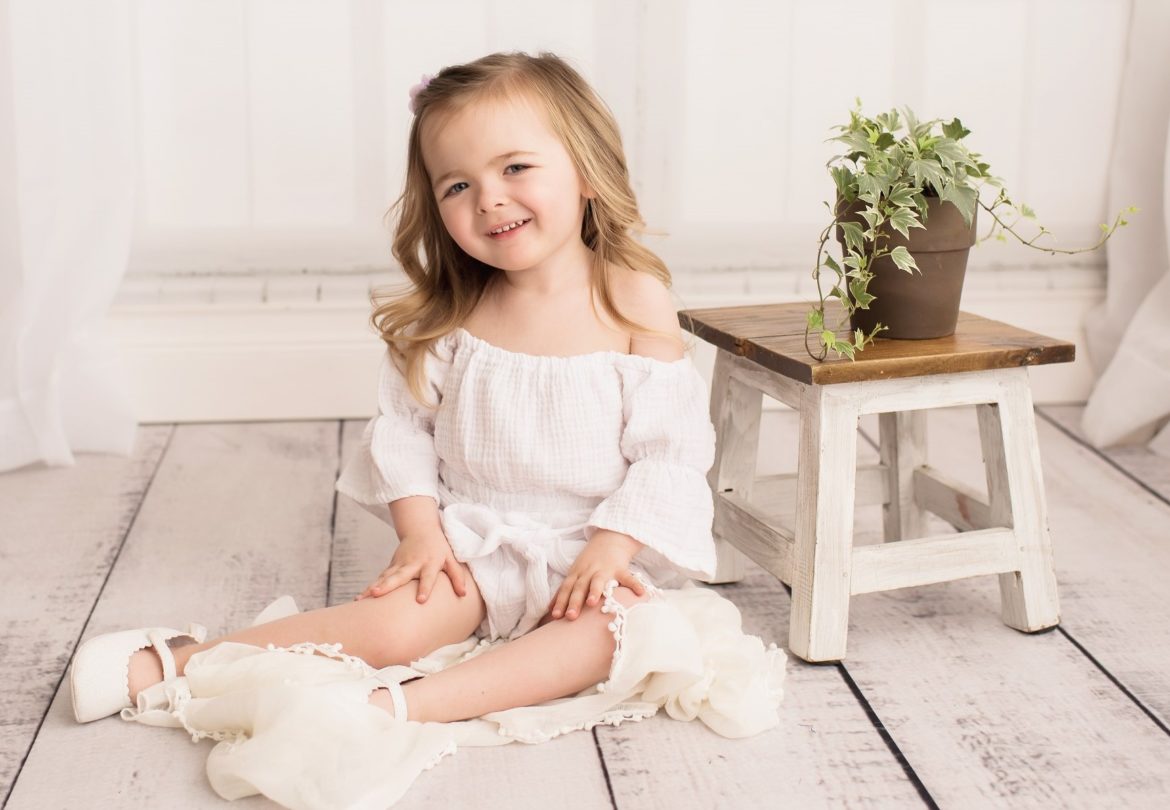 Three-year-old twins Grace and Charlotte are thick as thieves. “You can’t get them separated for a second,” says Jennifer, the twins’ mom. Grace is sweet, Charlotte is wild, and their favorite thing to do is to romp around together. When the two are not dancing to Kidz Bop or hyping each other up, they can be found playing in their pretend kitchen. One of the only things that does set them apart is Grace’s disorder, spinal muscular atrophy (SMA). 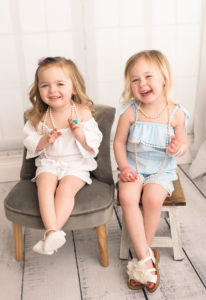 SMA is a genetic neuromuscular disorder that causes muscles to weaken over time and waste away. Out of the four types of SMA, Grace was diagnosed with type 1—the most severe—with symptoms appearing in the first six months of her life. Because newborn babies do not move much, it was not until the twins were three months old that parents Jennifer and Brian noticed Grace was not moving her legs as much as Charlotte.

Their pediatrician initially assumed Grace was just the little twin, behind on her milestones but able to catch up. But at the twins’ four-month appointment, Jennifer and Brian insisted something was wrong. “Eating was getting really hard,” says Jennifer. “She was choking a lot, and we were taking her to GI doctors because she was having a lot of pain.” The family lived in Bloomington, Illinois, but their pediatrician got them an appointment at Riley Hospital for Children in Indianapolis the next day, as the family was moving to Indiana for Brian’s job. The doctors at Riley immediately diagnosed Grace with SMA.

Before Grace was born, there was no newborn screening for SMA, and no treatment. Kids would usually pass away between the ages of two and five. Fortunately, when Grace was born, a new drug, SPINRAZA, worked to stop the progression of SMA. So, at four months old, Grace began treatments, which entailed a lumbar puncture every four months. 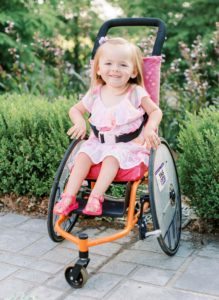 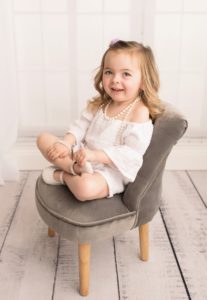 One of Grace’s many doctors then set up a compassion program with AveXis that gifted 30 children with a new gene therapy medicine while it awaited FDA approval. Grace was one of the lucky kids who received the drug, which went into her body to synthetically replace the gene she is missing. She continued with SPINRAZA, but the family next got Grace into a drug trial for oral drug Evrysdi to replace the lumbar punctures. Grace now takes Evrysdi every day.

On top of her medication, Grace has a slew of doctors: pulmonologists, nutritionists, occupational therapists, physical therapists, dieticians, equipment experts, respiratory therapists, orthopedic surgeons, and more. She sees a team at the SMA Clinic at Nationwide Children’s Hospital in Columbus, Ohio. And Grace participates in therapy four days a week.

In the beginning, Grace’s diagnosis was a lot to handle. Jennifer temporarily stepped away from her photography work as the family adjusted to their new normal. “No one knew what these drugs were like,” says Jennifer. Doctors did not know what these treatments would allow SMA patients to do: walk, eat, go to school? Jennifer is grateful for family support through it all. Jennifer’s parents, siblings, and grandmother all moved to Indiana so are now available to help when needed. Jennifer is back to being a busy wedding photographer, but between a summer nanny, her sister, and her parents, they make the busy schedules—full of photo sessions, doctor appointments, and therapy—work.

These days, Grace is working on gaining muscle strength but has all over muscle weakness. Even so, she is super smart and has advanced speech. Still, her wheelchair sometimes separates her from her peers. “We try to do everything we can for her to bridge that gap socially,” says Jennifer. Charlotte is a great playmate who helps serve as that bridge with other kids, but it can still be hard when a group takes off to go to the playground or starts an activity that is hard for Grace to participate in. Grace has a load of equipment to help make her more mobile, including a powerchair, a wheelchair, standers, walkers, wedges, gate trainers, and bracing. And the family has a massive patio and outdoor kitchen that is wheelchair accessible. “She does play really well with typical kids, but she just plays in her wheelchair,” says Jennifer. “I want other kids to play with her and interact with her.”

That desire for Grace to find more playmates brought the family to A Kid Again. Jennifer was also interested in meeting more moms.

“It’s just such a weird world, the rare disease world,” says Jennifer. “You see these moms at the hospitals, and you just feel like we understand each other, you’re in a hospital every day and so am I.”

Grace and her family participated in last year’s summer Adventure in a Box and enjoyed some Kona Ice at the pickup party.

Jennifer credits A Kid Again with allowing them to get back out there to create a new normal. “It’s still scary; everything you do with a child in a wheelchair, you have to think out and plan,” says Jennifer. “But it feels safer to do activities that are a little more thought out for special needs kids.”