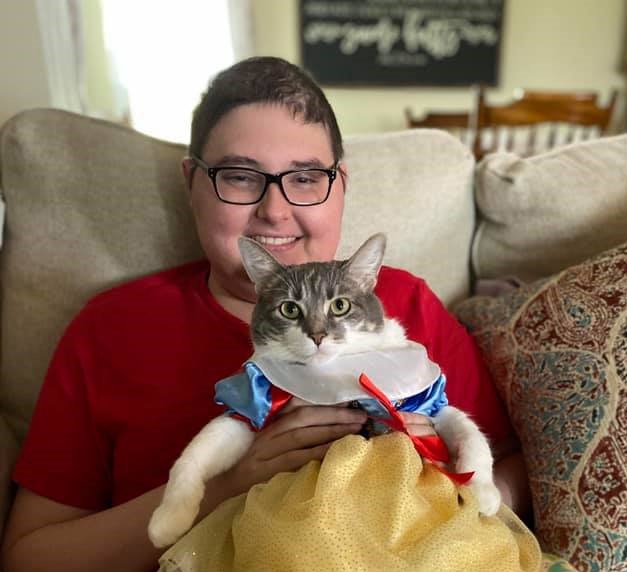 Adam, 16, plays the video game Monster Hunter. He also recently picked up Dungeons and Dragons and is hoping to get his mom and sister involved. This love for fantasy adventure games, full of heroes, monsters, battles, and rescues, may have been sparked by Adam’s real-life quest to fight off leukemia that he began on his thirteenth birthday.

The night before Adam turned 13, he felt tired and sluggish, had a bad headache, and could barely eat his favorite food, lasagna, for dinner. His mom, Alison, noticed tiny red spots— petechiae—on Adam’s legs and discovered they were all over his body, along with some bruising. As a radiologic technologist at IU Health Methodist Hospital, Alison knew something was not right. They headed to the Riley Hospital for Children emergency room that evening, and right after midnight, they learned Adam had leukemia.

The next few days were a whirlwind: he was admitted to the hematology oncology floor; had a bone marrow biopsy, which confirmed he had acute myeloid leukemia; had a central line, or catheter, inserted directly into his heart; and had a lumbar puncture. His treatment plan started immediately. His cycle was chemotherapy for 10 days, followed by a recovery period, and then home for a few days before starting the cycle again. He was released after four months of treatment and was leukemia free. 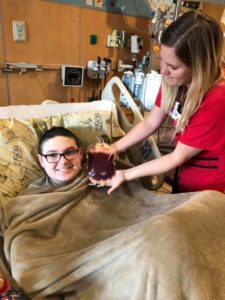 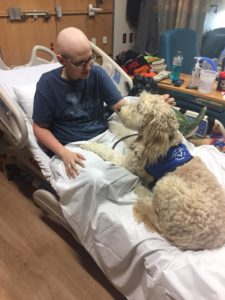 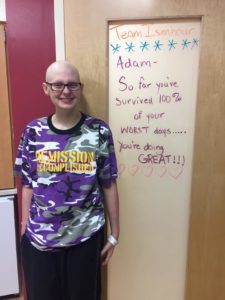 A shock came when lab results from a checkup 11 months later revealed he had relapsed. After two additional months of chemo, Adam was eligible for a stem cell transplant. His younger sister, Lauren, was a 10/10 match, and she prepared for donation with shots to stimulate her stem cell production. An apheresis machine would collect her blood, separate out the needed stem cells, and return the remainder back to her body. However, things did not go as planned. As Adam says, “We don’t do things easy.”

After trying for two full days to collect stem cells with no luck, the family faced deciding whether little Lauren should have bone marrow surgery. That evening, as a physician removed the line from Lauren’s neck, they discovered why it had not worked: it caused microtears in her jugular vein. When the line was pulled, her jugular vein tore, she bled out into her chest, and her lung collapsed. 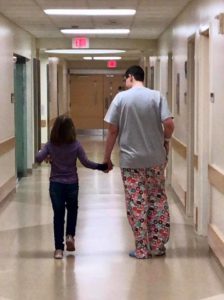 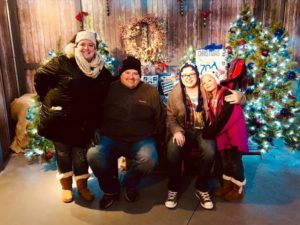 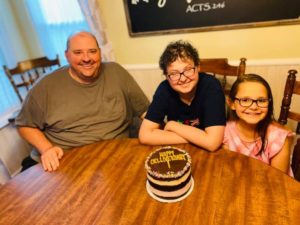 After a frantic rush through the hospital hallways, resulting in a chest tube for Lauren in the emergency room and a night in the ICU, Alison and her husband Derek now had two children in the hospital and a hard decision to make. Adam was ready for his transplant and could not wait to work up a non-familial donor. Derek immediately started the shots that would spur his stem cell growth, completed the apheresis four days later, and Adam had his transplant that same evening.

It has been two years since Adam’s transplant, and while he is leukemia free, he struggles with chronic graft-versus-host disease (GVHD), a complication where his body rejects the stem cell transplant. This causes him skin, gastrointestinal, and liver issues. He takes steroids when he has flare-ups, and regularly takes rejection medications to keep his system in check.

Throughout Adam’s journey, the family learned to engage with the physicians and the hospital staff. “You’re going to be there a long time, so get to know everybody,” says Alison. “Sometimes those people inside those walls become your support system.”

The family was also happy to engage with A Kid Again after learning about it from a member of their church. “Meeting other families has been great,” says Alison, “and doing events with an organization that understands your healthcare needs, especially with the pandemic.”

They have participated in the Conner Prairie Holiday party, drive-in movies, Adventures in a Box, and Adam’s favorite, Christmas at the Zoo. “I really want to do veterinary sciences,” says Adam. “That might have been one of the times that I decided that was what I wanted to do, one of those big moments.” Adam was accepted into the Indianapolis Zoo teen volunteer program for 2021 and will be volunteering as a naturalist this summer. He also participates in a local animal rescue teen education program at Misty Eyes Animal Center and has been shadowing at local vet clinics.

His family is proud of him, including his little sister, Lauren. But she also has one up on Adam during any argument, and she has used it: “Remember when I almost died for you?” If Adam can get her to play Dungeons and Dragons, it appears she would make a pretty good healer. 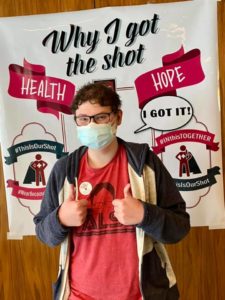 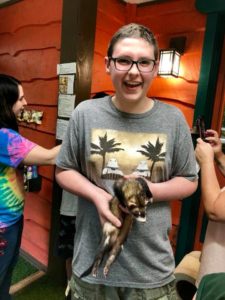