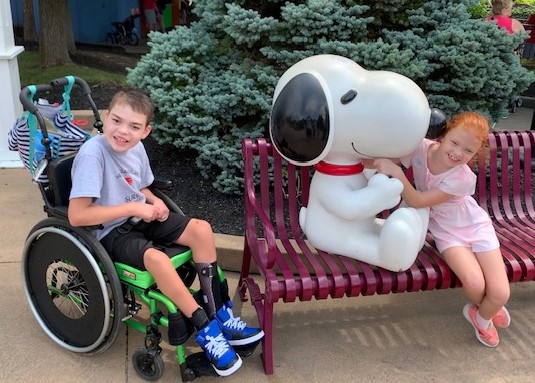 Twelve-year-old Liam’s favorite thing is to laugh at a joke, whether he is telling the joke or hearing it. His jokes sometimes include words that are usually off-limits for his age, but he tends to get away with it, because he spent almost one whole year without being able to talk at all.

Liam learned his heart was sick when he was three years old. After a year of having a persistent cough that was treated as asthma, a hospital visit led to a surprise diagnosis of restrictive cardiomyopathy. The walls of his lower heart chambers were rigid, making it harder for his heart to pump blood and leading to heart failure. His parents Carolynn and Richard learned it wasn’t a matter of if but when Liam would need a heart transplant. 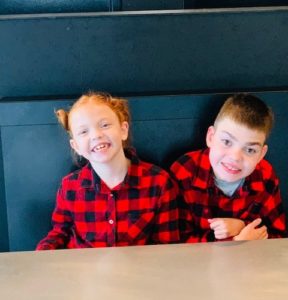 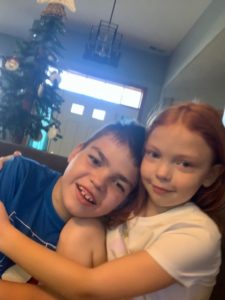 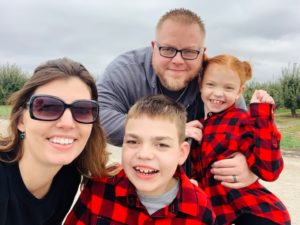 During a cardiac MRI under anesthesia, Liam’s heart failed, and he was transferred to Peyton Manning Children’s Hospital while undergoing CPR for close to an hour and a half. Liam was placed on extracorporeal membrane oxygenation (ECMO), a machine that allows blood to bypass the lungs and heart so they can heal. But even with the machine, his heart continued to fail. Liam was transported to Cincinnati Children’s Hospital to be placed on a Berlin Heart, a heart pump that would maintain his blood flow until he could receive a new heart. Liam would not leave the hospital for 315 days, nor would Carolynn, who was pregnant with Liam’s baby sister.

Those 315 days were full of ups and downs. Liam was taken off ECMO and placed on a Rotaflow heart pump. He was diagnosed with Castleman’s disease—a rare disorder that presents like lymphoma but is not cancerous—and underwent chemotherapy to shrink the mass behind his heart. He received his Berlin Heart, underwent two more rounds of chemo, and was finally listed for a heart transplant. But before a donor was found, he suffered a stroke that left him without the ability to talk, walk, or eat. Carolynn and Richard faced tough medical decisions between saving his brain or his heart, and Liam was marked “inactive” on the transplant list. It was a very difficult time for the family.

Thankfully, the holidays brought new hope. Around Thanksgiving, Liam was marked “active” again on the transplant list. A couple months later, Liam’s sister Amelia was born. And about two months after that, Liam received his heart transplant. After several more weeks of rehab, the family was sent home in early May. 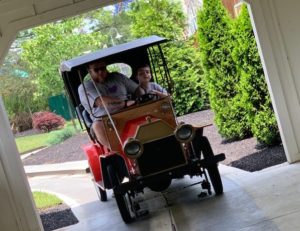 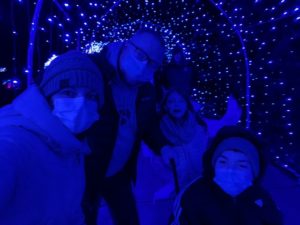 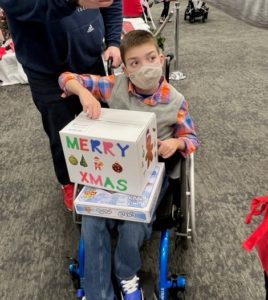 Today, Liam’s heart is healthy. He visits the transplant clinic in Cincinnati every four months and has an annual biopsy to test for rejection. He has also relearned to eat and talk. He needs help daily with dressing, bathing, and using the bathroom, and he uses a wheelchair outside the home, but he is able to sit and scooch on his own. And while he is not yet reading or writing, his parents are optimistic that will come because he shows all the early signs of literacy.

Carolynn and Richard can live with every single challenge because he is alive and happy. “Six babies passed away between us being there and being discharged, and they all had a heart condition,” says Carolynn. “If today is as much as he ever does again in his entire life, I have him, and those moms and dads would give anything to have their child.”

Liam’s family learned about A Kid Again through a social media post by a fellow heart family. They have attended several Adventures, including Kings Island; Republic Airways for Halloween, where they experienced a flight simulation; the Conner Prairie holiday party; and Newfields for the holiday lights and hot chocolate.

Kings Island stands out for Carolynn because she remembers seeing several wheelchairs lined up by the exit of the swinging pirate ship ride. “It was literally what I think inclusion should be,” says Carolynn. “Nobody cared that it took a little longer to start the ride because our kids had to get on; all were just kids sitting on a ride. We had the best day.”

A Kid Again allows Liam’s family to forget the hospitals and doctors so they can just be a family and have fun. And fun Liam has, with all his jokes. “People think he is strong because of us, but we are only strong because of him,” says Carolynn. “He teaches you to appreciate everything so much more. He’s happy all the time. He has every reason in the world to be angry and bitter, but he’s not.” 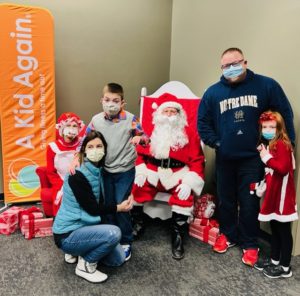 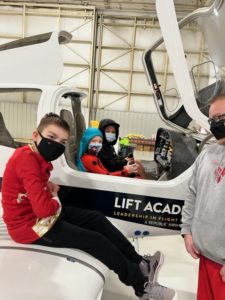