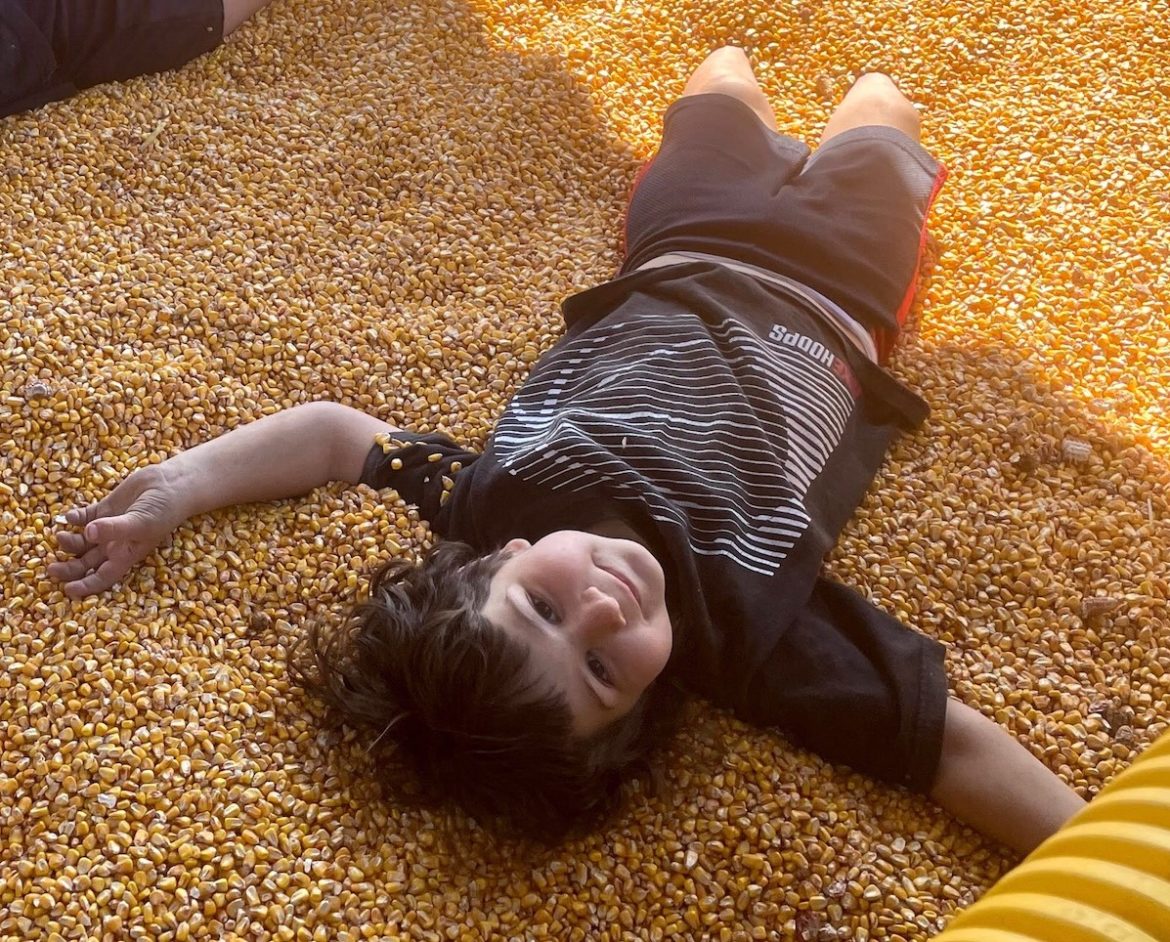 Five-year-old Emily loves all the girly stuff: princesses, baby dolls, the colors pink and purple, the show Pinkalicious. But she is also into the superheroes her four brothers and sister enjoy. She may not realize it, but she has shown her siblings her very own superhero powers throughout her battle with leukemia.

In September 2019, when Emily was two years old, her parents Amanda and Chris noticed lumps on the front and back of her neck. A walk-in clinic confirmed her lymph nodes were swollen, and suggested a follow-up visit with her pediatrician. But Emily’s labs came back flagged: her white blood cell count was seven times higher than normal. 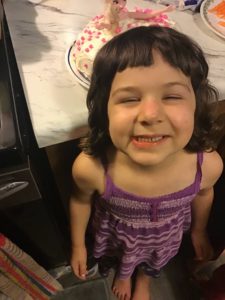 Amanda and Emily were sent to the emergency room while Chris stayed home with Emily’s five siblings. Around midnight, Emily and Amanda were sent by ambulance to Riley Hospital for Children in Indianapolis. Amanda was told to prepare for leukemia. “That word just rushed over me,” says Amanda. “I specifically tried not to do any googling. I didn’t need to see all the worst-case scenarios; I needed to listen to the doctors and let them figure it out.”

Emily was admitted to Riley that night, and by 8 AM the next day, a bone marrow biopsy confirmed she had acute lymphoblastic leukemia (ALL), cancer in the blood that can spread quickly to other parts of the body. She started her first round of chemotherapy that very night. “We were able to get the diagnosis really quickly and get treatment really quickly,” says Amanda. “I’m so thankful that they knew what it was and could treat it right away. But at the time my head was spinning.”

Chris was home with the one-year-old twins and their three older brothers. The couple credit Amanda’s parents for making the trip to Indianapolis to stay with Amanda and help with transportation. “My parents are such a huge support help for us, I don’t know how we’d manage without them,” says Amanda. They also praise Chris’s workplace for the support and flexibility offered during Emily’s diagnosis and treatment schedule. 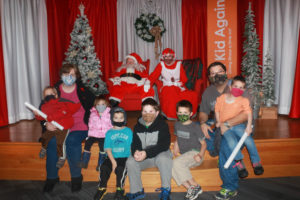 Emily was in remission after her first month of frontline treatment but was just starting her two-and-a-half-year treatment plan, most of which was done closer to home in Fort Wayne. Although Emily has been considered cancer free since October 2019, the continued treatments help ensure the cancer stays away. She is currently in maintenance mode, with the end in sight: she will finish her treatments in January 2022. Once treatments end, Emily will stop taking chemo but will continue regular clinic visits.

Emily’s intricate treatment plan, which includes some in-patient stays, makes family scheduling difficult. “Having a larger family is almost a unique challenge in dealing with this kind of treatment,” says Amanda. “If I had one other kid, finding a babysitter would be easy. When I have five other kids, there are only a certain number of people who feel comfortable babysitting.” 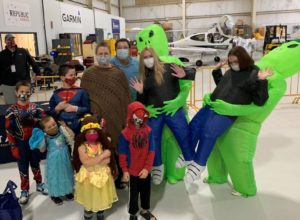 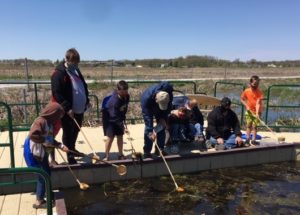 In addition to treatments and scheduling worries, the family was handed a new challenge this year when Emily’s older brother, Ryan, was diagnosed with type 1 diabetes, which has proved just as life-altering as Emily’s cancer diagnosis.

Amanda and Chris have learned the importance of a support system during these difficult times, and it was an online support group that introduced them to A Kid Again. Since joining, Emily’s family has participated in several Adventures in a Box, the Conner Prairie Holiday Party, the Halloween bash, and the Eagle Marsh and Farm adventures in Northern Indiana. They are looking forward to the Holiday Party again this year.

“We trust A Kid Again events a little better than other events because everyone else there is also dealing with kids who can get sick,” says Amanda. “We assume other people are also taking precautions, and we can’t always assume that at other places.”

A Kid Again has allowed the family to get out and go after two years of missed activities. In winter 2019, Emily’s immune system was too low, so they could not gather in groups. The next year, Covid had the rest of the world hunkered down and getting a taste of immunocompromised living. The kids had to drop out of their homeschooling co-ops and missed out on field trips. “We just didn’t have any fun until we joined A Kid Again,” says Amanda. “Now we get to go have fun again.”