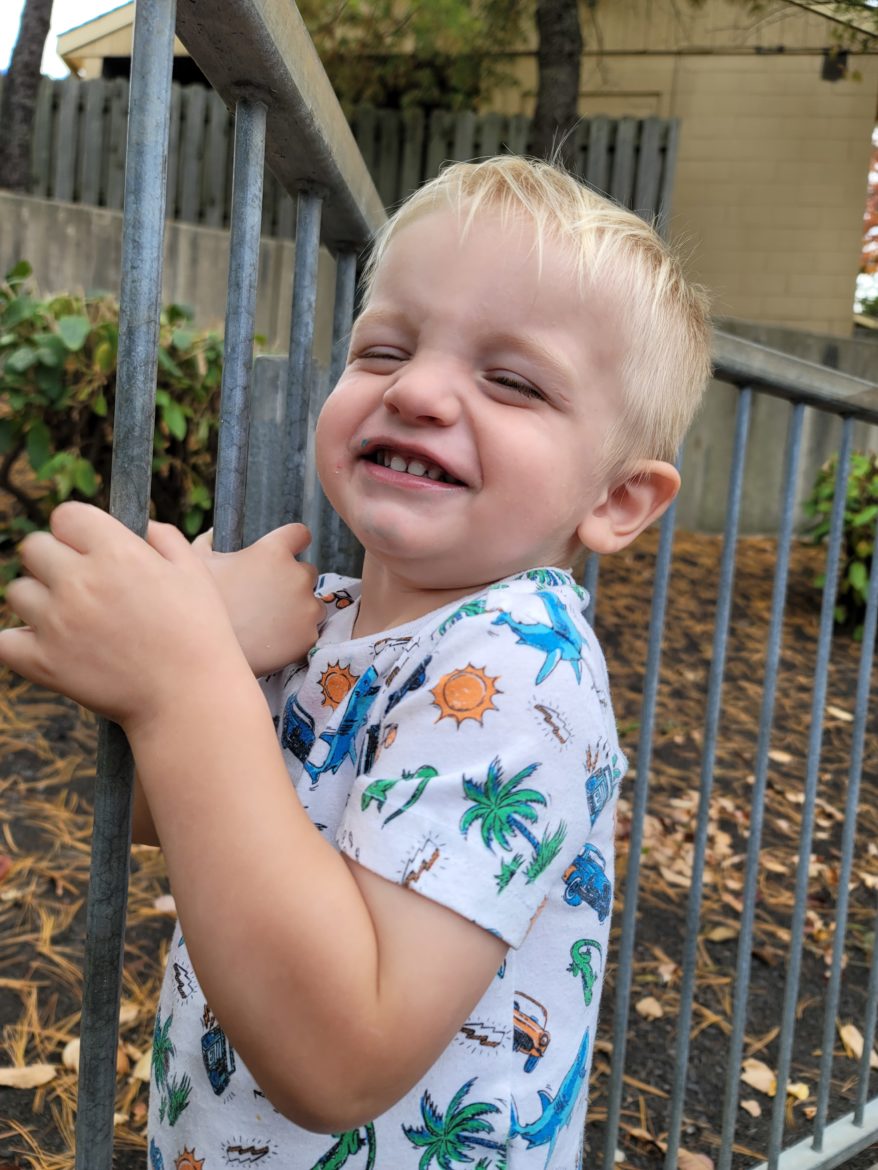 Kase was about a year old when he began showing signs of asthma. During the day, his breaths would rattle and he’d struggle to clear his throat. At night, the wheezing would turn into coughing fits that would wake him up. As his mother, I had 2 other children who were treated with asthma at the same age—so these symptoms felt pretty familiar.

In July 2019 when Kase was 15 months old, I woke up with an impending hunch that he needed to be seen by a doctor. His symptoms had progressed, and he was sounding excessively hoarse that week. I took him to urgent care to request a chest x-ray to ensure he didn’t have a lingering case of bronchitis, assuming he may need a round of antibiotics to clear things up. 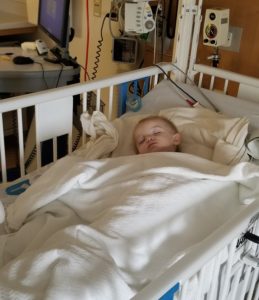 The nurse practitioner had no problem ordering a chest x-ray to make sure his lungs were clear. Shortly after leaving the hospital, I received a call to come back and repeat the X-rays. The technician made it seem like it was due to a problem on their end, but that’s when my nerves kicked in. Later that evening, I got a call from the NP explaining his x-ray looked abnormal—almost as if something was lodged in his trachea. She sent the results off to the children’s hospital and a pulmonologist called me shortly after.

The pulmonologist explained that Kase had a heart defect that could be seen on the x-ray called a right aortic arch with aberrant subclavian artery and kommerrel’s diverticulum. This condition had caused another malformation to develop known as a vascular ring. This is when the blood vessels around the heart encircle the trachea and esophagus, causing constriction. The vascular ring was the cause of his breathing issues and hoarseness. At this point, we were told he would likely need heart surgery in the near future.

Within a few weeks of the initial diagnosis, Kase was undergoing scans to prepare for surgery. These scans revealed yet another diagnosis, Neuroblastoma. They found a tumor in his chest, near the spine. We were immediately told it was cancerous. As we saw more specialists that week, they changed their tune a bit and said it was possibly benign. We went through a whirlwind of emotions as we waited for the official diagnosis.

The doctors decided it was best to treat the heart condition first to ensure that his airway was unobstructed for future surgeries and treatments. Within days, he underwent heart surgery. As soon as he was cleared by cardiology, he had a second surgery to remove the tumor. The biopsy revealed that it was indeed Neuroblastoma. Luckily, they removed the entire tumor during surgery. He continues with regular scans to ensure his cancer doesn’t come back.

Kase bounced back quickly. His tumor removal seemed to be much easier on his body than the heart surgery, and we were thankful for that. Within a month, he was running around with his siblings as if nothing happened. He still has some challenges, mainly with his breathing. He gets out of breath quicker than some kids his age, but it doesn’t phase him much. 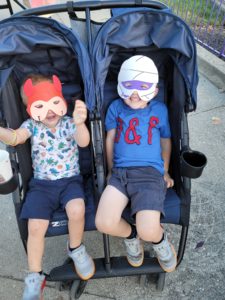 Kase is starting preschool this year, which will be a big adjustment. He has separation anxiety and struggles when he is away from his family. We hope school will help him adjust to being a normal toddler. It helps that his big brother, Kormick, will be with him for part of the day.

Throughout this process, our family has grown in ways we never imagined. Our outlook on life is different, and even the way we care for others. Our eyes have opened to a whole new side of parenting we never imagined. One of the beautiful results of this journey has been A Kid Again. We were connected with the organization through another member and pediatric cancer mom.

Our first Adventure was the 2020 Kings Island trip. We’ve also received many Adventures in Box deliveries and recently attended the 2021 Kings Island trip. The program really sets itself apart from others in the way they think about the entire family instead of just the patient. We’ve been able to focus on creating memories together—which brings joy to us all.