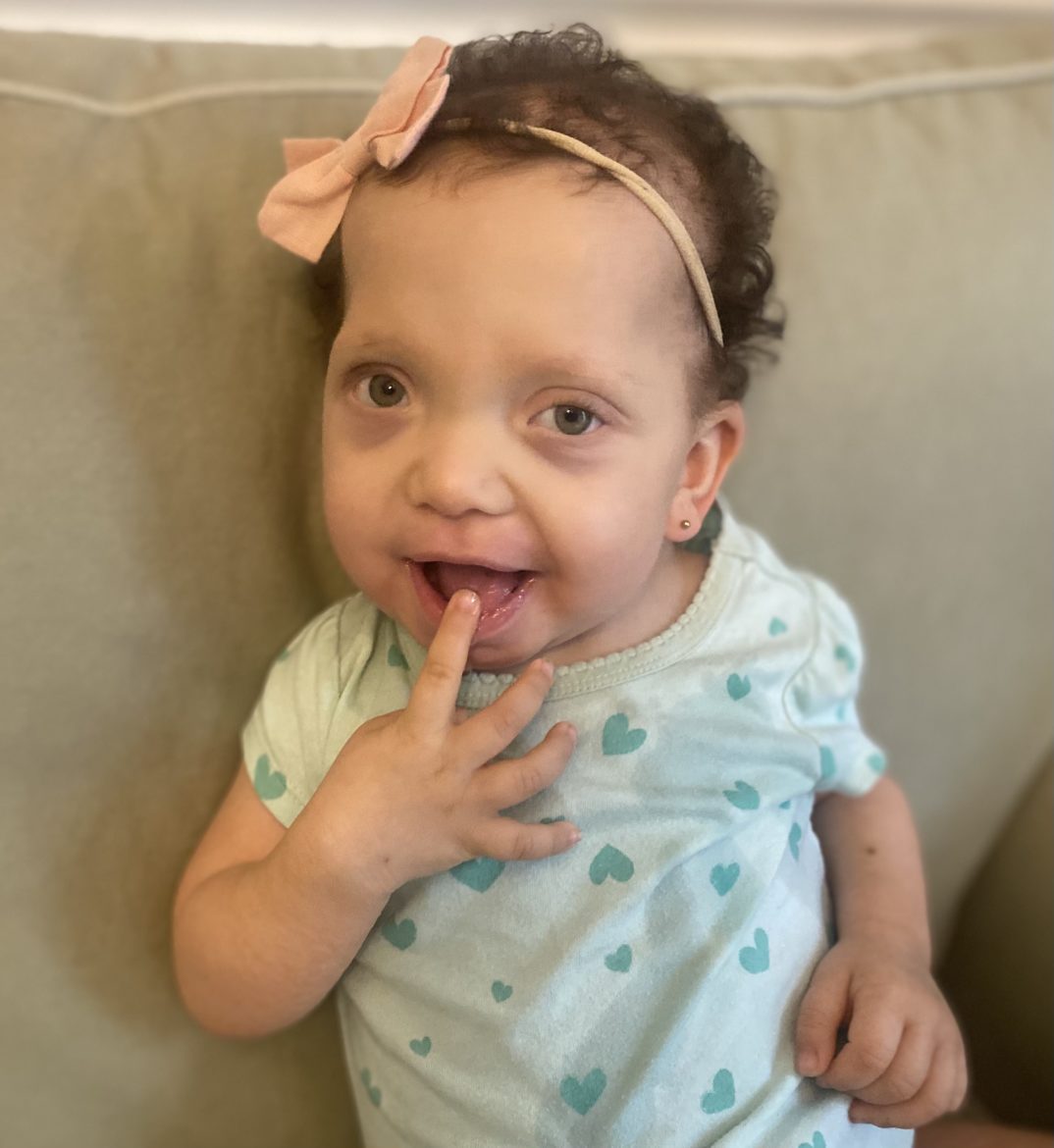 Nineteen-month-old Avonlea may be little, but she’s got a big smile. And older brothers Rhodes and Forrester coax big belly laughs out of Avonlea whenever they can. Whether they are batting balloons, playing peekaboo, or singing songs, Avonlea cannot get enough of them and the chaos they bring.

Sweet Avonlea brought some chaos of her own as she entered the world. Her mom, Jess, measured full term when she was just 30 weeks pregnant due to excess amniotic fluid. Genetic testing did not reveal any issues, but Jess and her husband Alex did learn Avonlea had a heart condition. Yet this news did not prepare the couple for Avonlea’s arrival: she was born with hydrops—a condition in which large amounts of fluid built up on her skin and in her heart—and struggled to eat. After several weeks in the NICU and a trip home, she returned to the hospital for failure to thrive. Her doctors ordered additional genetic testing and received a match: Cardiofaciocutaneous (CFC) syndrome, a rare genetic condition that affects around 800 people worldwide. Common features include congenital heart disease, skin abnormalities, learning and development delays, unique facial features, swallowing disorders, epilepsy, and vision problems. 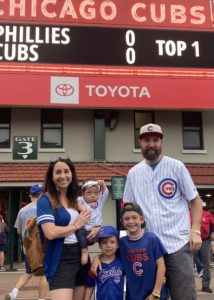 Avonlea was just five weeks old when she received her diagnosis. But having a diagnosis allowed her family to take the next steps to help her thrive. Just two weeks later, she had a gastrostomy tube (G-tube) inserted through her belly to make sure she received nutrition, and she immediately began gaining weight.

She still uses a G-tube today, along with feeding therapy, with the hope that she will be able to eat orally someday. She also has some developmental delays and other medical issues that stem from her CFC. She is monitored for her cardiomyopathy—a disease that causes an abnormally large, thick, heart muscle—every six months to check for changes. At four months old, she was diagnosed with epilepsy, but an anti-epileptic drug keeps her from having breakthrough seizures. Avonlea also has cortical visual impairment (CVI), visual issues due to a neurological problem, and nystagmus, or involuntary eye movement. And she has a hard time regulating her temperature, which causes her to get overheated easily.

Jess points to the visual impairment as one of the family’s biggest challenges. “She can’t see us, so she doesn’t make eye contact, and smiling and laughing has taken much longer because the world is a little more confusing to her,” says Jess. “We are learning new ways every day to engage with her and help her see the world around her.”

Another challenge is the medical schedule. Every week, Avonlea has at least six therapies and one doctor appointment. “I don’t want the boys to feel like their world totally shifted and everything went to her,” says Jess. “But I also want them to learn sacrifice and compassion, and that we all have value, regardless of our abilities.”

The family connected with A Kid Again after seeing a friend of a friend share photos from an event. Their first Adventure was the Rube Goldberg box, and the timing could not have been better for the cooped-up kids. “We’d sit in the toy room, and they’d create these crazy mazes,” says Jess. “It was a really cool thing to tell them ‘Someone sent you this box, and because of Avonlea, we get to do this together.’”

The family is looking forward to participating in more Adventures, especially for the boys. “A lot in their lives will change in a hard way because of Avonlea, but I’m excited for them to see that there are people that care about our family because of her,” says Jess. They are also looking forward to the support A Kid Again brings to all its families.

“I’m excited to be around a community of people that know what we are going through and do life in the same kind of way as we do,” says Jess.