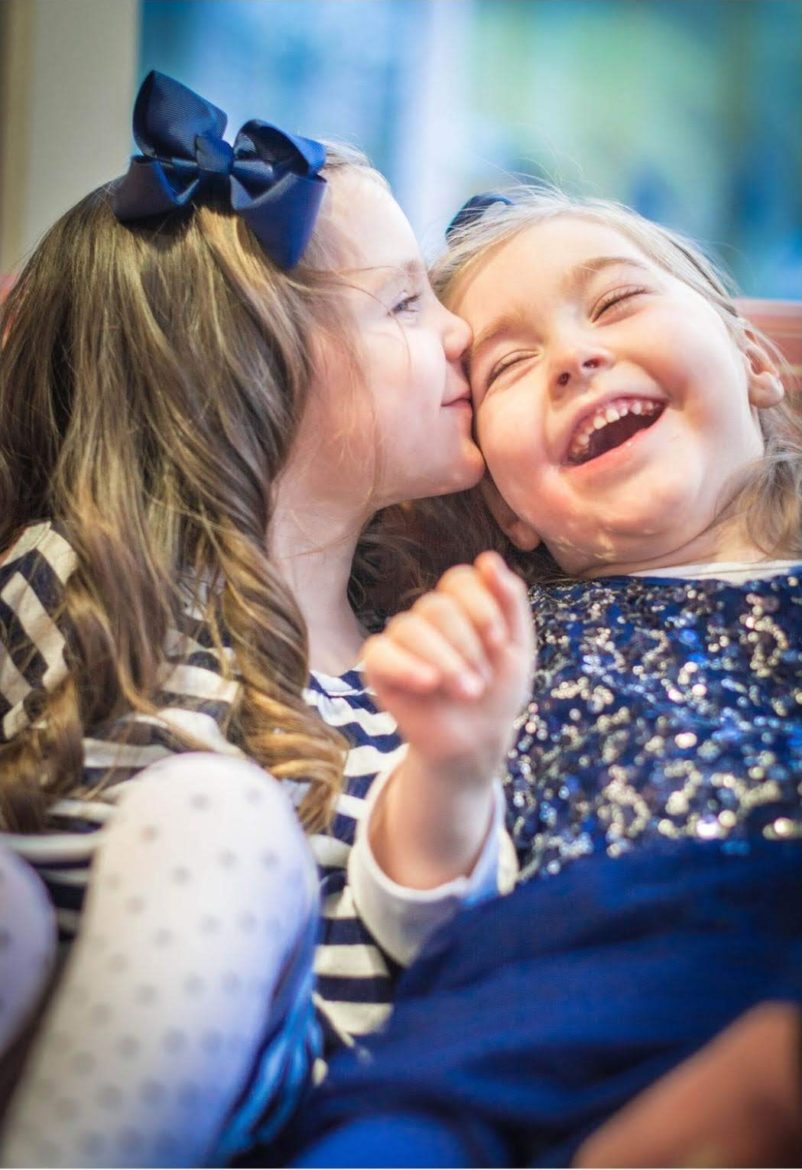 Six-year-old Kavry is really into Doc McStuffins. That might be because she is so familiar with doctors and appointments.

When Kavry was born, she was not breathing. This resulted in hypoxic-ischemic encephalopathy (HIE), a type of newborn brain damage caused by lack of oxygen and limited blood flow. Kavry spent three weeks in the NICU and had a feeding tube inserted. 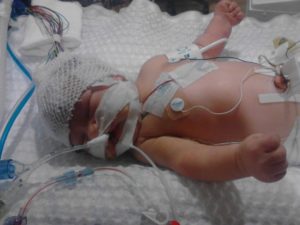 The HIE also gave Kavry cerebral palsy, which affects movement and muscle tone. This has affected Kavry’s whole life: she can’t walk, she can’t talk, she can’t sit up on her own, and she still uses a feeding tube.

But even through all of this, Tabitha, her mom, says “she’s just our happy little girl,” with a smile that lights up a room. Kavry finds joy in swimming, and has a great love for her younger sister, Kessa. 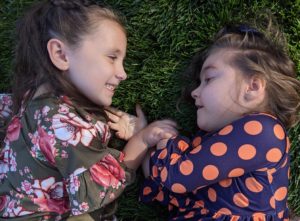 The tough medical diagnoses did not stop after Kavry’s birth. When she turned four, the family learned that she had acute lymphoblastic leukemia (ALL), a cancer that affects the white blood cells—the infection fighters—in our bodies. Children with ALL do not have enough normal white blood cells in their bodies and have a harder time fighting infections.

For Kavry’s family, the signs started in her hips and in her sleeping. “We thought her hip was out because every time we’d pick her up and move her, she’d jerk and let us know it was really hurting her,” Tabitha says. “She had also been sleeping a long time. Her naps were usually about an hour but after four hours we’d have to go wake her up.”

Kavry’s pediatrician ordered a hip X-ray and ran a complete blood count (CPC) test because Kavry had been having random fevers. They got a call back the same day: it looked like cancer. They did a second blood draw the next day and were sent to Riley Hospital for Children in Indianapolis that afternoon.

Her treatment plan varied, sometimes being at Riley every week, sometimes every 15 days. She underwent spinal chemotherapy every week for one month. This process involves inserting a needle in the spine to draw fluid for testing and to administer chemo into the spine.

Finding the right chemo was a tough process. Due to Kavry’s brain injury, she also has a seizure disorder. “Those were really hard on her,” Tabitha says. “It caused her to have a bunch of seizures. We ended up having to change the chemo and it really helped a lot.”

Kavry gradually made it to the maintenance stage, with visits dropping to once a month. And in January 2021, after two years and four months of treatments, Kavry had her final treatment. 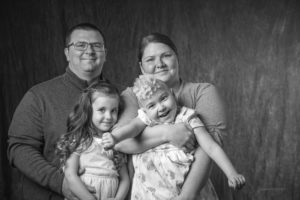 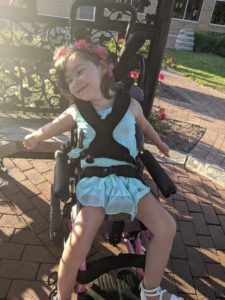 Even though treatment is happily behind them, Kavry’s family struggles with her illnesses. It can feel like both Kavry and Kessa miss out on things. “It’s definitely hard, it is so hard,” Tabitha says. “Sometimes you feel so alone about it because you can’t really go do anything, and when you do, it’s a challenge.”

A Kid Again has brought some adventure back into the family’s routine. Kavry’s Child Life Specialist at the hospital got the family connected in 2019, and they have participated in several events. They took Kessa on the King’s Island outing, and the whole family visited the zoo. They have also enjoyed the Adventures in a Box.

What Tabitha most loves about A Kid Again is the chance to get out. “Since she has had cancer, I had to quit working, and going down to one income, you don’t really have the money to do things,” she says. “It’s really given us a chance, even if we can’t go as a family all the time, to go do something.”

These adventures can mean everything to a kid like Kavry. “Going out and being part of anything is really what she enjoys,” Tabitha says.