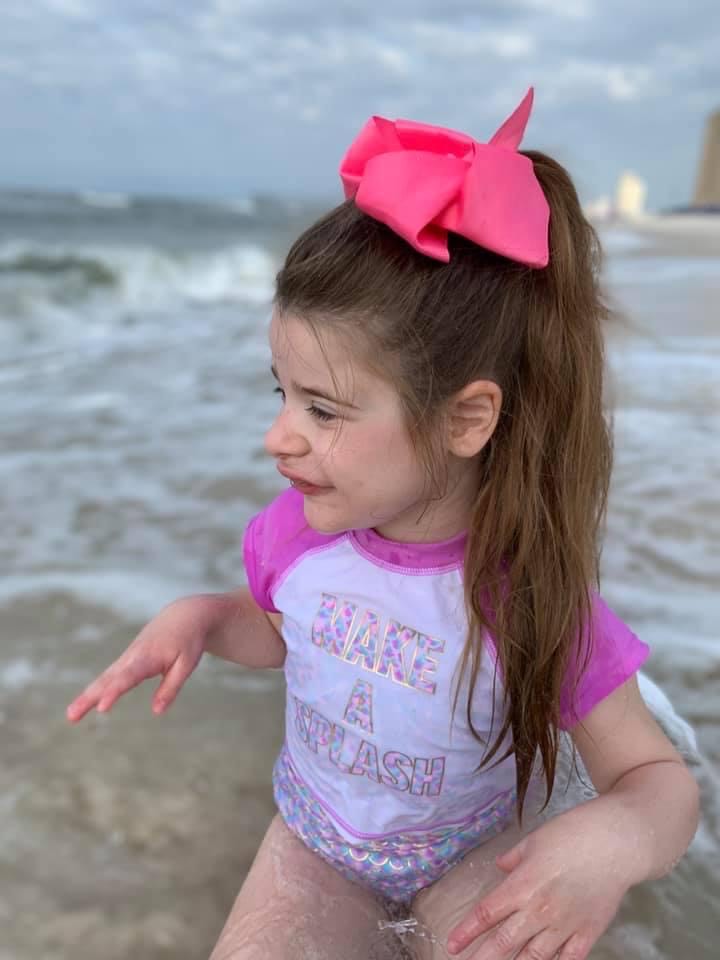 Seven-year-old Guinevere loves the water. She would swim 24/7 if her parents Aja and Justin would let her. She also loves the movie Moana and watches it once or twice every week. “Gwinnie” may be drawn to Moana because the two have something in common besides their mutual love for the water: they are both on a journey to discover how far they can go. Remarkably, Gwinnie has already made it so much farther than her doctors imagined.

Gwinnie was diagnosed with Pitt-Hopkins syndrome (PTHS) when she was 18 months old. Although she hadn’t been meeting milestones, Gwinnie’s parents assumed she would catch up. But a good friend recommended they talk to a doctor around the same time that Gwinnie’s daycare sent home a similar note. 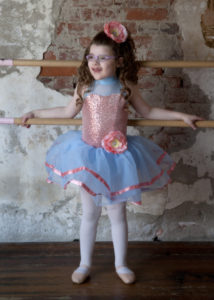 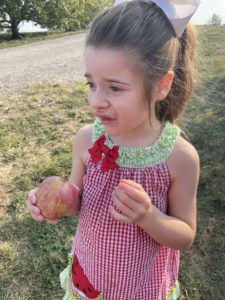 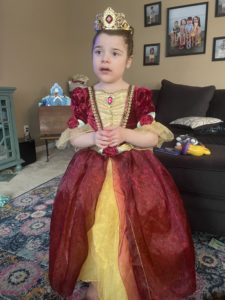 Justin and Aja were able to get Gwinnie in with a geneticist fairly quickly, and the results concluded she had PTHS, a rare genetic neurological condition. PTHS signs and symptoms vary, but many affected children experience delays in reaching milestones, speech impairment, seizures, and breathing abnormalities. With only 1,000 diagnoses in the world, PTHS is still not widely understood. Gwinnie has six PTHS “siblings” in Indiana, and she is a member of a PTHS Facebook group that connects families. “As much as I don’t like it when people get diagnosed with it, if they do and you’re close, I’m going to reach out and see if you want to visit or meet Gwinnie,” says Aja. “Sometimes seeing another Pitt kid, they realize it’s going to be OK.”

Gwinnie’s version of PTHS results in her own set of challenges. She wrestles with severe constipation—she has been to the hospital three times for it—so sticks to a high-fiber diet along with fiber supplements. She occasionally experiences apnea, or breath holding, while awake. She cannot talk but is learning to use a speech tablet to communicate. And she did not learn to walk until she was almost four; however, that was a huge accomplishment because doctors said if she walked it would be closer to age nine.

Gwinnie’s schedule is packed with appointments to see geneticists, neurologists, gastroenterologists, dentists, and orthodontists. Plus, she does eight hours of therapies every week at different facilities. With Aja working three days a week, and Justin working full-time, and with three other siblings with appointments and activities, the family has learned to lean on their support system. Aja’s mom retired after Gwinnie received her diagnosis, and she helps with babysitting and appointments. Their neighbors also help out if the kids need to get somewhere. 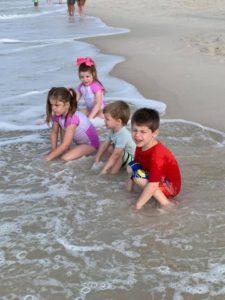 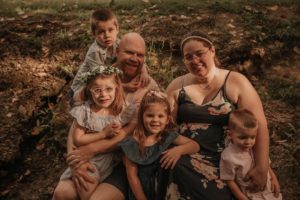 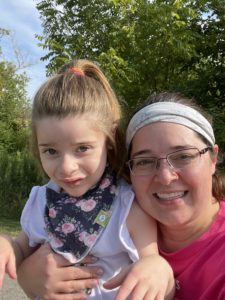 Even with a solid support system, the reality of raising a child with a rare disorder can be overwhelming. “When we got the diagnosis, we both had one really bad day, but then we decided this is not going to define Gwinnie, we are going to beat the odds,” says Aja. “We are going to do everything we can to help her achieve everything she can.”

Justin and Aja were comforted to learn that people with PTHS are believed to have normal lifespans. Because PTHS has only been diagnosed in the last several decades, there are not yet case studies with elderly patients. But there are middle-aged patients, and Justin and Aja are encouraged by stories of PTHS patients who are able to live on their own with aides visiting as needed.

“That’s what we want, for Gwinnie to have her own life and her own adventure and story,” says Aja.

Connecting with A Kid Again has brought Adventures to the whole family. They learned about the organization through an Ohio PTHS family that they are friends with, and they have been loving every experience. “The next one just beats the one before it, they’re always so fun,” says Aja. They’ve participated in Capes and Crowns, Kings Island, a Colts games, and—Gwinnie’s favorite—Seashore Waterpark. “It’s nice being with a group of people who don’t care if my kid is screaming because that’s how she communicates, they’re not going to care if she’s drooling a little bit, because we all sort of live that life in different ways in different forms,” says Aja.

Looking forward, Aja and Justin are sure Gwinnie’s adventures have only just begun. From those first steps she took years before doctors thought she would walk, to going down waterslides with her family cheering below, Gwinnie is surely on her way to showing the world how far she can go. 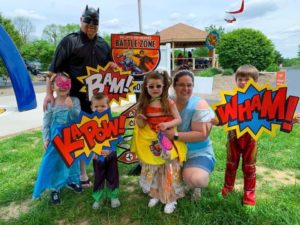