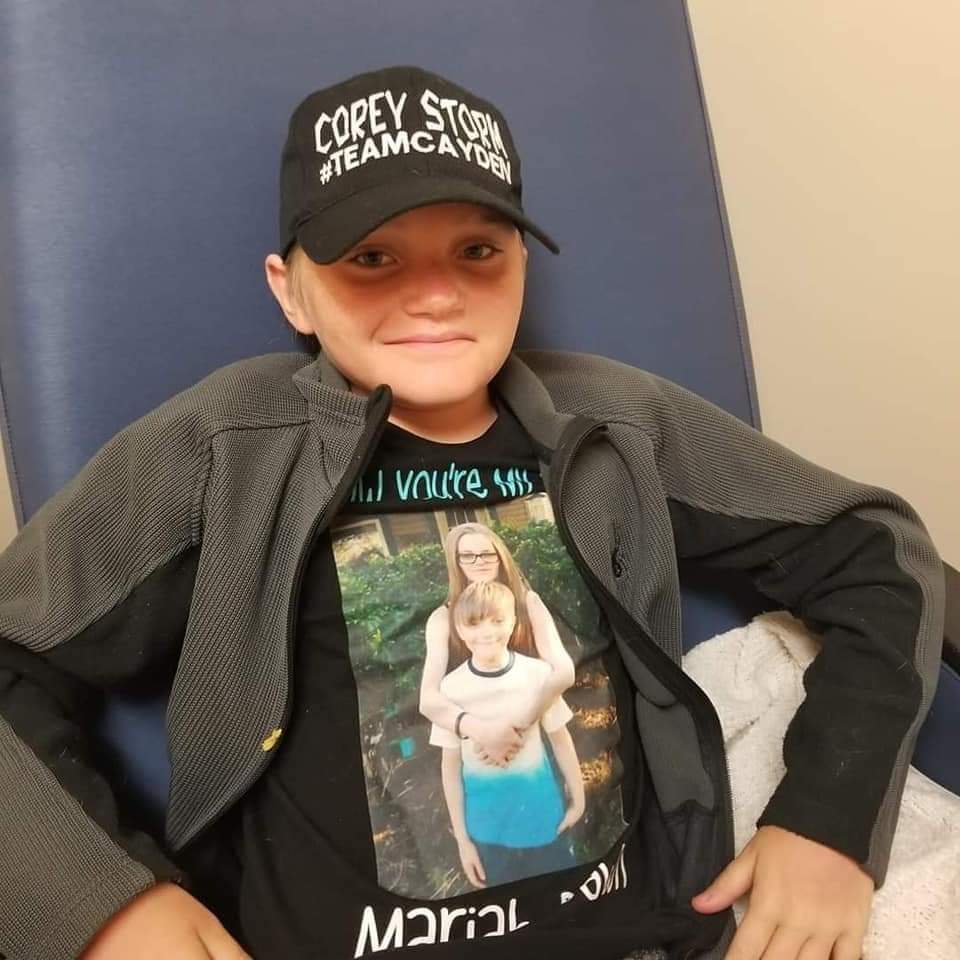 Cayden is into gaming, basketball, fishing, and independent pro wrestling. The wrestling makes a lot of sense when you consider this 12-year-old boy has been wrestling with medical issues ever since he was born early at 31 weeks. He has had approximately 29 surgical procedures to date.

Because he was born prematurely, Cayden’s lungs and esophagus were underdeveloped. He had esophagus surgery at just six days old. He then struggled with frequent pneumonia and a swallowing dysfunction resulting in chronic aspiration, where food or beverage entered his lungs or airway by accident. This led to more pneumonias.

As he got older, his lungs matured and his aspiration disappeared, but he still came down with chronic lung infections, pneumonias, ear infections, and sinus infections. When he was six years old, Cayden’s doctor tested him for primary ciliary dyskinesia (PCD), a rare genetic condition that affects the cilia in the lungs, nose, and ears, and impairs the body’s ability to remove germs and pollutants, causing frequent infections and lung damage. The test was positive.

“It takes a lot of home therapy to try to keep his lungs from getting more damaged than they already are,” Shanon, Cayden’s mom, says. “Because we didn’t have the diagnosis until he was six, he has a couple areas of his lungs that have the atelectasis, the permanent collapsing in, but now he does three different nebulizer treatments and chest therapy treatments.” Cayden will do these treatments two times a day for the rest of his life. If he is sick, he does them up to four times a day. 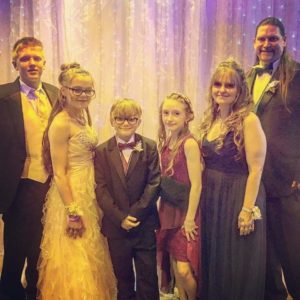 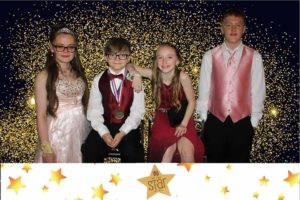 The medical wrestling did not stop there. A couple years later, when Cayden was eight, he started having debilitating migraines. An MRI revealed a spot that looked as though Cayden had suffered a small stroke when he was born. The doctors did not think it was affecting Cayden and reassured Shanon it was just something to keep an eye on. However, six months later, at the next scan, the spot had grown. Cayden was referred to a neurosurgeon, who ordered a biopsy because the spot continued to slowly grow. The results came back as a pilomyxoid astrocytoma (PMA), a Grade II benign (non-cancerous) tumor. Because of the tumor’s location in Cayden’s brain, they had to treat it aggressively. He did a year and a half of chemotherapy to try to stabilize the tumor, but toward the end of treatment, the tumor started growing in a different direction.

“If it grew any more, it would block off the flow of his fluid,” Shanon says. “The doctor said he would just go to sleep and not wake up.” Cayden was rushed into emergency brain surgery at Riley Hospital for Children, and amazingly, his surgeon was able to do a total resection of the tumor. Cayden still has three of four satellite tumors, but they have not changed since 2016. He gets a scan every three months to keep an eye on these, but so far all has been well.

Shanon says Cayden is brave and resilient but his illnesses have definitely affected his life.

“There’s certain things he can’t do,” Shanon says. “He likes to play basketball and he’s good at playing basketball, but I don’t know if it’s something he could really do throughout a high school career because of his illness, and not even just his lung disease but a combination of the lung ideas, the brain tumor, and the migraines.”

Cayden’s treatments also keep him tied to his machine. “It is something we have to do no matter what,” Shanon says. “We wouldn’t be able to do an off-the-grid thing, go camping by the lake, because everywhere we go the machine has to go.” 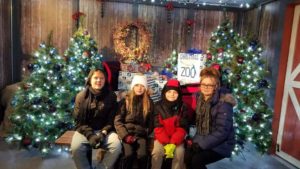 The whole family is affected by Cayden’s illnesses. Because of Covid, they have been in strict quarantine for a year. Cayden’s older sister, Joslyn, has sacrificed several activities, including softball, violin, and choir, this year. Cayden and Joslyn are doing online learning, so Cayden did not get to start his first year of middle school with friends. And Shanon has not been able to go to her job outside the home.

Even through all the scares, treatments, and procedures, Shanon and her husband Gary try to see the positive. “We look at it as a blessing that we get to be his parents,” Shanon says. “We get to be there for him, walk through the journey with him, watch him overcome, and watch how strong and brave he is.”

At the same time, it can be challenging. Shanon tells others who have kids with special needs or illnesses to stay strong. “He teaches me,” Shanon says. “If he can be that strong, then I have to be just as strong to be his mom.”

One connection that keeps Cayden’s spirits up is with his hero, 19-year-old professional wrestler Corey Storm. The two have become friends, and Corey even wrestles in Team Cayden gear. Another connection is with A Kid Again, which the family found through Cayden’s Child Life Specialist at Riley. Shanon was drawn to the organization because not only would Cayden benefit but his siblings would, too. “Cayden’s illness affects everybody,” Shanon says. “It doesn’t just take away from him being a kid, it takes away from the others being kids as well.” The family has enjoyed Christmas at the zoo, a visit to a pumpkin patch with rides and bouncy houses, and a Colts game where they got to meet Kenny Moore II. Cayden has also received several Adventures in a Box. 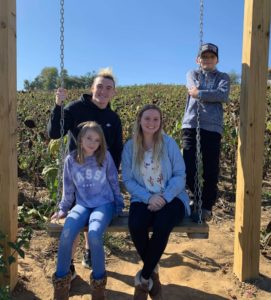 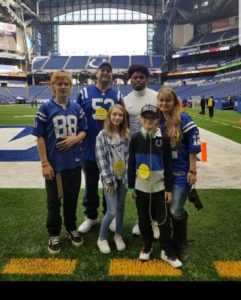