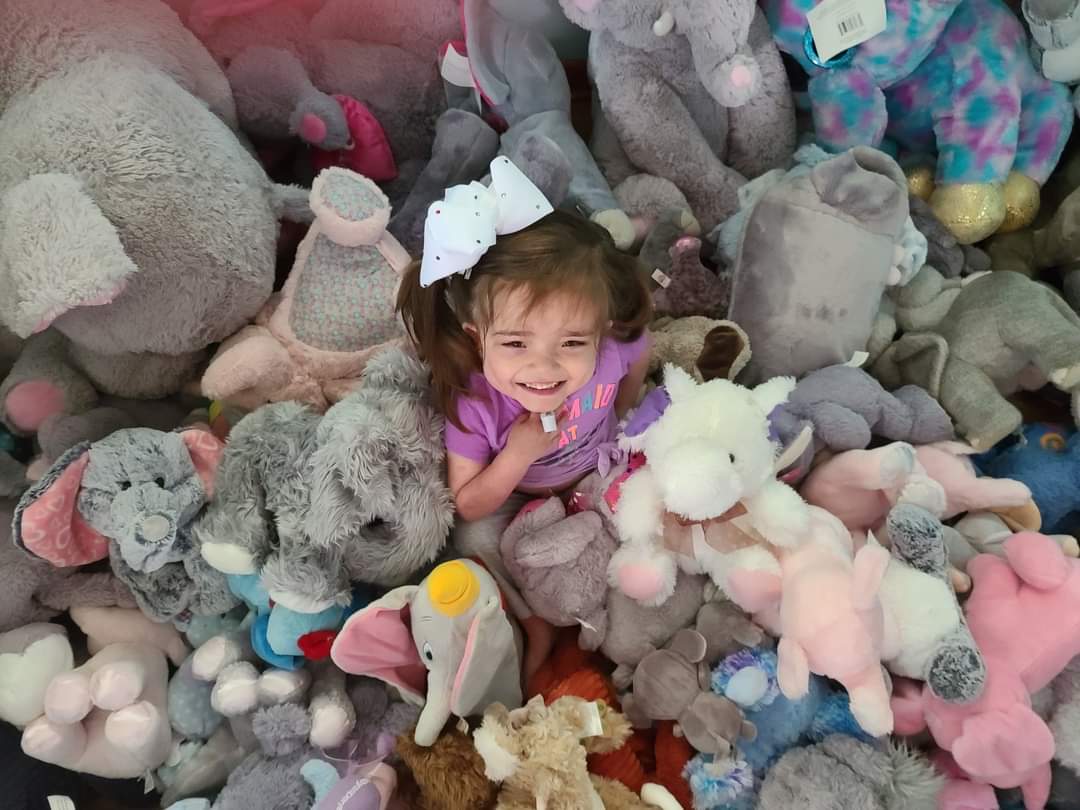 Vivian
Genetic defect in chromosome 4, one of a kind
Indiana Chapter

Little Vivian has a farm, E-I-E-I-O. And on that farm, she has: six dogs, three cats, three ponies and mini horses, and six cows! This five-year-old girl loves all the animals, and helping with the tractor, on her family farm. She also loves music. Her taste is quite eclectic these days, ranging from classical to heavy metal. Anything with a strong beat and a great melody, and she is in.

This little girl dances to her own beat as she defies the odds stacked against her: she was given an almost 0% chance of survival before she was even born. Vivian’s parents, Arthur and Rachel, found out that Vivian was sick when Rachel was 24 weeks pregnant. Vivian had developed a life-threatening condition—hydrops fetalis—that caused an abnormal buildup of fluid in her abdomen.

“Of all babies diagnosed with hydrops, only about 10% survive to birth – and only about 10% of those survive in general,” says Rachel. “It was scary.”

Arthur and Rachel also found out Vivian had a chromosome abnormality and had about four weeks to digest that news before Rachel went into premature labor. After being told Vivian would not make it if they did not get to 32 weeks of pregnancy, Vivian was born at just 28 weeks. 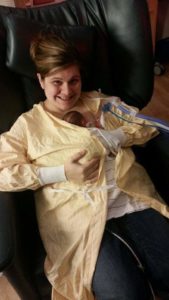 She was born with a one-of-a-kind genetic defect in chromosome 4 that resulted in a lymphatic malformation—a clump of abnormal lymph vessels. Vivian is one of the few kids who have both her chromosome abnormality and a lymphatic malformation. The pressure of the fluid in her abdomen caused her lungs to scar, which caused severe chronic lung disease, which led to Vivian having a tracheostomy—a procedure that created an opening in her neck to place a tube in her windpipe to help her breathe.

When Vivian was born, with a pound of extra fluid on her abdomen, no one at Riley Hospital for Children was studying lymphatics. After starting her life in the Riley NICU, her parents made the tough decision to drain her lymphatic fluid and bring 8-month-old Vivian home on an end-of-life care plan. “Her conditions are terminal and that’s scary, but we wanted her to be able to come home, even if it was just for a short time,” says Rachel.

The doctors anticipated Vivian would pass away within a week or two of going home. But she carried on and even thrived. When Vivian was two, a physician friend helped the family find a doctor in Philadelphia who was researching and repairing the lymphatic system. The family packed up and moved to Philadelphia for two years, and it was a good decision: the doctor fixed Vivian’s lymphatic malformation. The doctor stressed that things that put your body in distress can cause another malformation to form, but she has her own immune system now. They were able to take Vivian off the ventilator she had been on since birth and start to worry about her less-severe medical issues. Two years, and a couple surgeries, later, the family moved back to Indiana, and back to their support system. 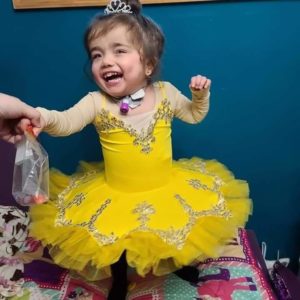 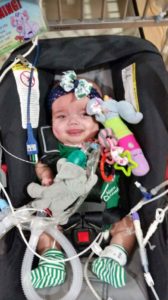 These days, five-year-old Vivian is cognitively at age three but can now walk without her walker and communicate with sign language and gesturing.  A procedure at Riley last year opened up her airway, allowing her to babble and make noises for the first time in her life. Another huge milestone is approaching as they figure out when Vivian can lose her tracheostomy. “Even though she still has that terminal label on her, you can’t tell us what tomorrow is ever going to hold for her,” says Rachel.

There are still daily challenges. Nursing care is hard to find in their area, so Arthur stays home with Vivian while Rachel works full-time at Riley. With family nearby again, they get small breaks, but they have not been without her overnight in years. And because Arthur and Vivian are together so much, she has become a daddy’s girl, making it hard when he does need to leave her sight.

Rachel and Arthur also share how hard it is to just pack up and leave the house. “She has so much stuff we have to make sure we have,” says Arthur. “We have to plan out when we’re going places.” Diapers, ankle braces, glasses, Covid mask, medical equipment—a “quick” trip to the grocery store involves 20 minutes of getting Vivian in the car, then carrying all her equipment into the store, and then finding room in the cart for the groceries and equipment. People come to visit them now, and that has made life easier. Vivian is also learning how to do things her own way. “She’s gaining her independence one small step at a time and we are just super patient with her milestones,” says Rachel. “She honestly is our biggest role model. I want to live life like she lives life. She baffles and amazes every day with her light, she’s just amazing.” 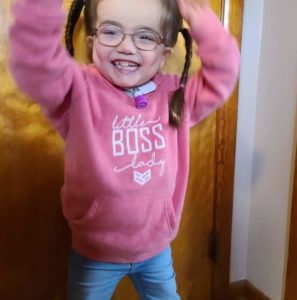 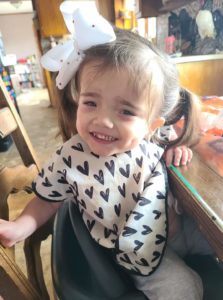 All the steps the family has taken, and all the lessons they have learned, have allowed them to help others. Rachel works in family support for the Riley NICU to help families navigate everything from insurance forms to returning home with a special needs child. “The biggest thing is not to treat them like they have special needs. They’re going to know that soon enough, so don’t hold them back,” says Rachel. Rachel and Arthur also take the time to educate those around them about Vivian’s condition and her differences. “We show them that you can have a kid with special needs that is super happy,” says Rachel.

They also want to educate the medical community. “We are really big on making sure her records are open,” says Rachel. “That way, if someone else has a Vivian in the future, they can see what we tried and failed at, maybe they can take a different path and have quicker success.”

The family participates in the Miracle Ride for Riley kids every year and learned about A Kid Again through a fellow participating family. They have not experienced an Adventure yet but look forward to making connections with other families. “It’s nice to be around people who understand what we’re going through or even have older children who have similar needs because we can see how they navigate those challenges,” says Rachel. “We’re just excited to safely participate in the world around us.”