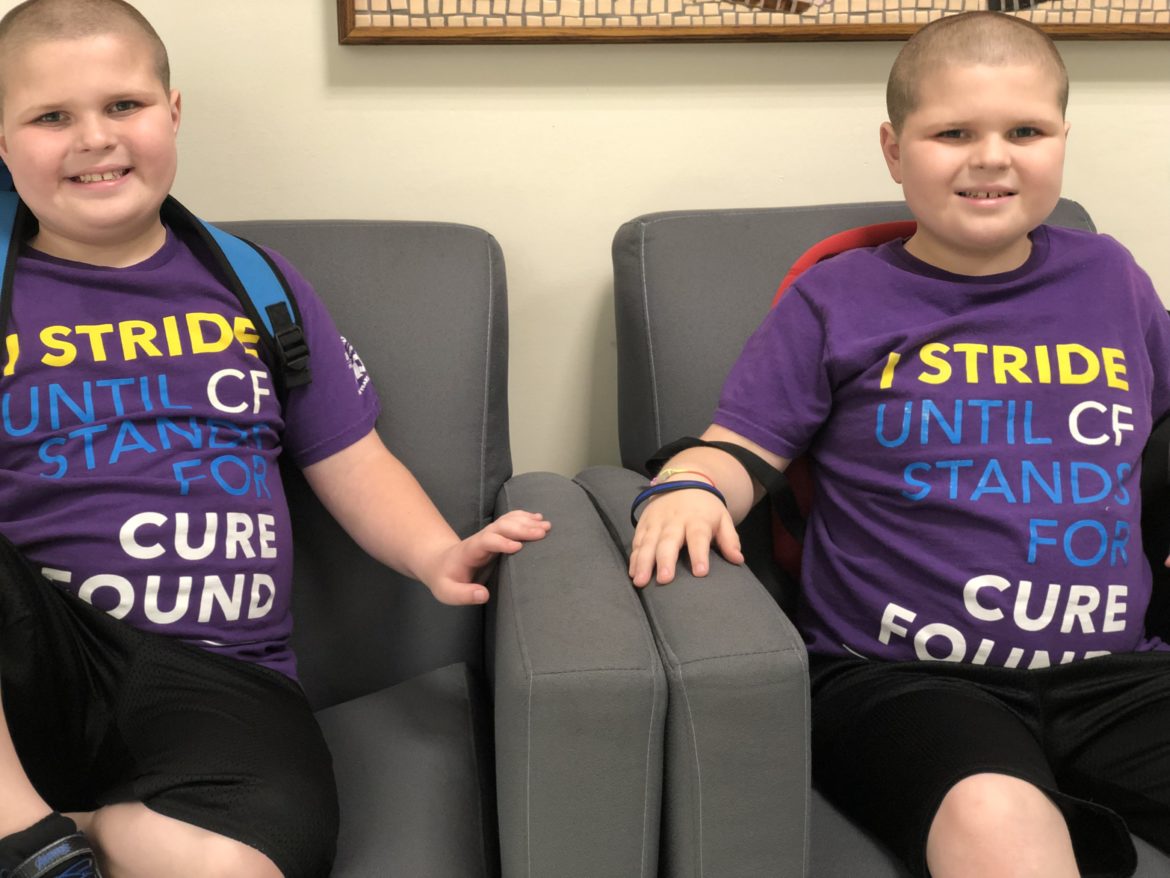 Twins Caleb and Kaden, 11, have dreamed of being K9 officers since they were two years old. But it was not until this June that their wish came true: the Plainfield Police Department hosted a special K9 training session for the boys at Hummel Park, with a large group of community supporters cheering as Caleb and Kaden were sworn in as officers and presented with certificates of appreciation. It was nice to shower Caleb and Kaden with love because these two boys are usually the ones supporting others. Parents Elizabeth and Brandon say the boys have been genuinely selfless since they were little.

“They know what they have and that they won’t live long, but they’ll say it’s OK because other people have things worse,” says Elizabeth. 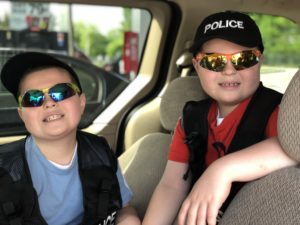 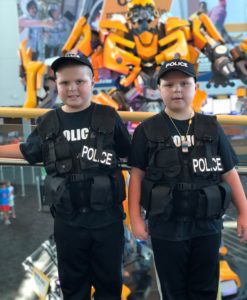 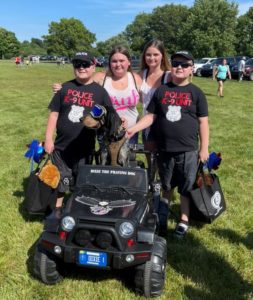 The boys were just 12 days old when their newborn screening results came back positive for cystic fibrosis (CF). CF is an inherited disorder that causes severe damage to the lungs and digestive system, and sometimes other organs. People with CF can have thick and sticky mucus that can clog airways, the pancreas, or the small intestines. Symptoms include recurrent lung infections, poor weight gain, intestinal blockage, and severe constipation. Although life expectancy has risen due to improvements in treatment, with many people with CF living into their 30s, 40s, and sometimes 50s, Caleb and Kaden have a severe form of CF: the delta F508 mutation. And because both Elizabeth and Brandon are carriers for this mutation, the boys have a double delta F508 mutation. Life expectancy for their form of CF is unpredictable. “It affects every organ,” says Elizabeth. “Their bile ducts, reproductive system, lungs, kidneys, pancreas, sinuses—everything.”

To manage their CF, the boys have an intricate daily schedule. They take CREON, a pancreatic enzyme replacement therapy that helps them absorb nutrients from food, every time they eat. They use an inhaler, nose spray, and nebulizer multiple times a day. They have vest therapy to break up lung secretion for 30 minutes three to four times every day, and more often if they are sick. They take medicine through G-Tubes in their stomachs: vitamins, salt, and MiraLAX powder for constipation. And at school, they use the acapella therapy system, which allows them to have treatments away from home.

Even with this intense regimen, the boys can get seriously ill. They almost lost Kaden in 2014, and Caleb was diagnosed with pancreatitis in 2020. Both boys had back-to-back pseudomonas (lung) infections in 2020 and now take the antibiotic Tobramycin to keep the pseudomonas at bay. But hospitalizations are still common. The boys have occasional “tune-ups,” or courses of stronger IV antibiotics at the hospital for a minimum of two weeks each. 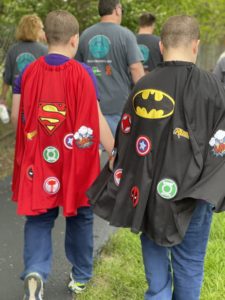 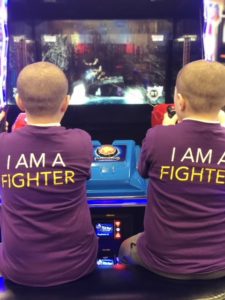 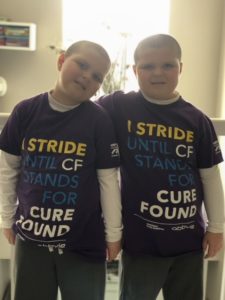 In addition to the boys’ medical problems, their older sister Melanie has type 1 diabetes and juvenile rheumatoid arthritis (JRA), and Elizabeth has heart issues. And during the height of the pandemic, the boys were kicked to the bottom of the list for ventilators to make room for healthier people coming down with Covid-19.

Remarkably, as they face all these challenges, the family does not focus on the negative. “People always ask us how we can be happy all the time,” says Elizabeth. “The way we look at it, if you are upset and always depressed, what is that going to show them? We want them to have as much life and enjoy every minute that we have with them.”

Since learning about A Kid Again through a special education teacher at school, the family has enjoyed several Adventures, including the waterpark, bowling, Adventures in a Box, and the Tibbs Drive-In. The drive-in was a special night for Elizabeth and her boys. They brought comforters, snacks, and a stereo with giant speakers. “It was really good,” says Elizabeth. “They had it going on.”

And at the waterpark, the boys did what they do best: supported others. As other kids climbed up on a dragon fountain, the boys let others go ahead of them as they waited their turn so that they could cheer. “They’re really smart and they don’t take things for granted,” says Elizabeth. “And that’s amazing because they soak in everything.” 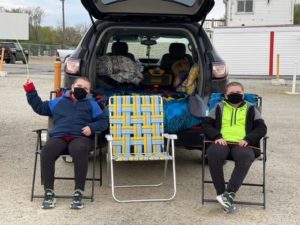