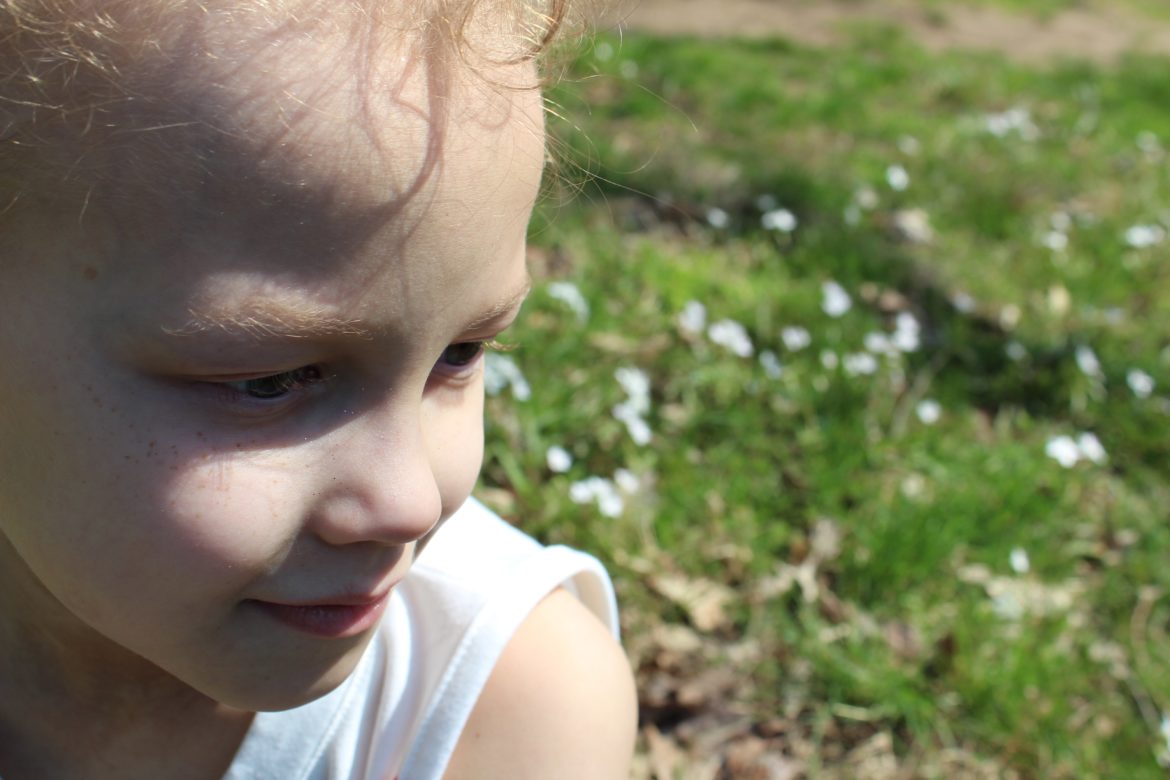 Seven-year-old Leanor has a lot of loves. She loves art—creating characters, coloring, drawing, and painting. She loves pugs—she has stuffed pugs, pug stickers, pug coloring books, and she signs her name Lea-pug. She loves the part in the Girl Scout Law about making the world a better place—her troop is painting trash cans for a local park and making blankets for foster rescue dogs. And she loves ballet—but when she was diagnosed with bone cancer in her lower leg in 2020, she had to put that love on hold.

A couple weeks before Thanksgiving in 2020, Leanor complained of leg pain. Her parents Aimee and Nathan, along with her pediatrician, assumed it was most likely due to growing pains. But then Leanor fell on the playground, and her pain level brought her to tears. X-rays shortly after Thanksgiving break led to an MRI that revealed a tumor the size of a small-to-medium navel orange growing on Leanor’s left tibia. A biopsy in mid-December revealed that Leanor had Ewing sarcoma, a rare bone and soft tissue cancer. 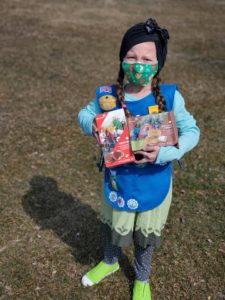 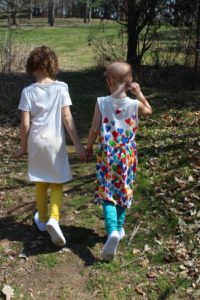 Leanor began chemotherapy shortly before Christmas and prepped for surgery to remove the tumor and affected bone. Unfortunately, surgery was pushed week after week due to Leanor’s lab results. “One of the things we’re dealing with pretty consistently with her treatment is that immediately following chemo, her white blood count dips pretty low,” Aimee says. This low count puts Leanor at risk of infection, so they have to play it safe. She was finally able to undergo surgery in mid-May, and just two weeks later, she was up and around in a full leg cast. She uses a walker or wheelchair when the family is out but is hoping to be free of her cast and into a boot or brace by mid-July.

Leanor continues her chemotherapy regimen, but her doctors lowered her dose and cut out the last three cycles because of how hard it has been on her body. “The Ewing protocol is pretty brutal,” says Aimee. “The drugs that they use, I don’t think any of them were actually developed for kids.” For example, several drugs used for treatment are also used for breast cancer treatment and can have pretty nasty side effects. Aimee points to the lack of research funding for Ewing’s sarcoma as a reason that the bulk of kids diagnosed have a very pessimistic prognosis. Fortunately for Leanor, her diagnosis and treatment started earlier. She may be finished with treatment by her birthday in October and is hoping to rejoin her class—second grade this year—after fall break. 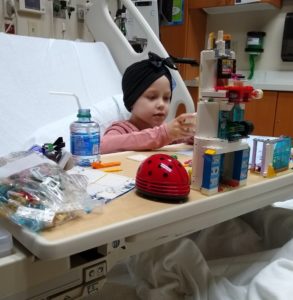 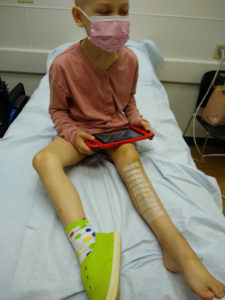 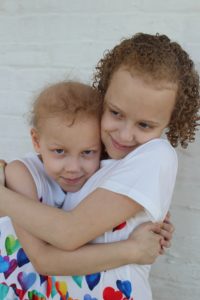 Although things are moving in a promising direction, there are still daily challenges for the family, including managing the family calendar. Aimee and Nathan juggle full-time work; Leanor’s treatments; and taking Leanor and her sister, Dot, to experience normal activities. Aimee says she is blessed to have her mother living with them to help when things get crazy. “Scheduling is kind of a nightmare,” says Aimee. “Hospitals don’t actually seem to think that people have lives outside of being at the hospital.”

One of Leanor’s challenges has been adjusting to a more stationary life. “She’s a really active kid and sometimes she really wants to run or jump, and she can’t really do either of those things now,” says Aimee. Her other challenge is food. Before her diagnosis, Leanor was small for her age, and now she has to be careful to not lose too much weight when chemo makes her feel sick or changes the taste of food.

Although Aimee and Nathan struggled to accept offers of help at the beginning of Leanor’s treatments, they learned to lean in and say yes. “The community has been amazing, and I don’t know how we would have gotten through without accepting help from a lot of the people around us,” says Aimee. They also learned to let go of the hospital world when possible.

“Try to find normalcy wherever you can,” says Aimee. “Honestly, that’s why A Kid Again has been great for Leanor and her sister.”

Since connecting with A Kid Again through Leanor’s Child Life Specialist at the hospital, the family has enjoyed the Rube Goldberg machine, several Adventures in a Box, the Tibbs Drive-In, and—their favorite—Capes and Crowns. “We hadn’t gone to a park for the entirety of the pandemic because of germs, so just having a reason to go somewhere normal was huge for both of them,” says Aimee. “They had the best time.”

Aimee also appreciates the chance to have something on the schedule that she did not have to plan. She is the keeper of the family calendar, which includes grocery lists, hospital schedules, scan schedules, surgical follow-ups, and will soon add in physical and occupational therapy. “Not having to invest mental energy into coming up with something to do and making a plan for what day we’re going to do it on, that’s huge,” she says. 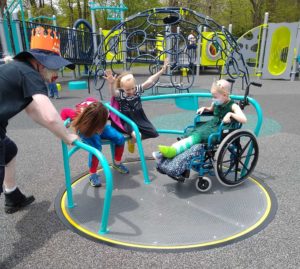 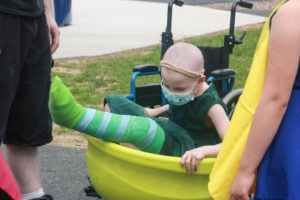 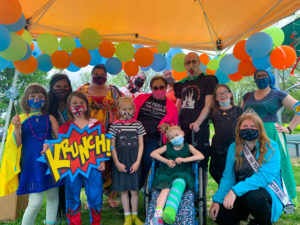