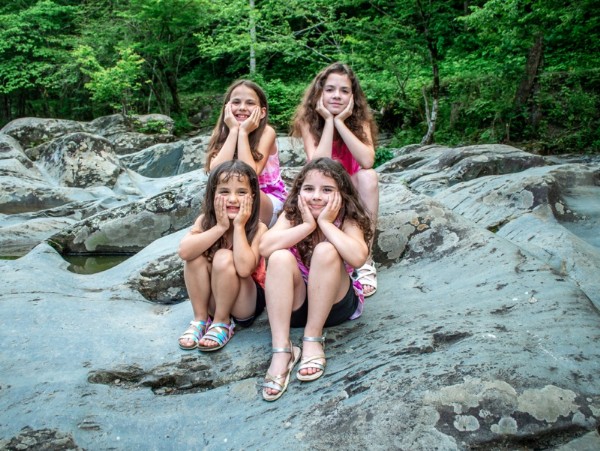 Sisters Alyssa and Olivia are several years apart in age but so much alike that their family members call them twins. They both love swimming, playing at the park, coloring, and watching YouTube videos. And they both suffer from a seizure disorder.

Twelve-year-old Alyssa had her first seizure when she was nine months old, and it lasted for 32 minutes. She was intubated and LifeLined to Riley Hospital for Children, where she was in a coma for over a week, and in the hospital for a couple months. Doctors diagnosed Alyssa with epilepsy. She had to learn how to eat, talk, and walk all over again.

Over the years, she experienced absence seizures, which involve staring into space or a sudden interruption to talking, every single day, and had multiple status seizures, which last longer than five minutes. Alyssa had to be intubated four different times for seizures that would not stop.

It wasn’t until 2017, when Alyssa’s care was transferred to Cincinnati Children’s Hospital, that additional tests brought a new diagnosis: Dravet syndrome, a rare and severe form of epilepsy. This diagnosis opened new doors for therapy and medications. Alyssa takes three or four different seizure medications every day and will soon receive vagal nerve stimulation (VNS) through an implanted device to help reduce her incidence of seizures. “They refer to it as a pacemaker for the brain,” says Alyssa’s mom, Ashleigh. 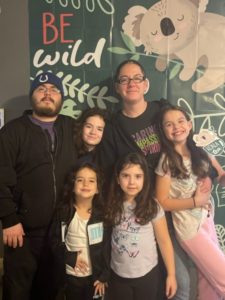 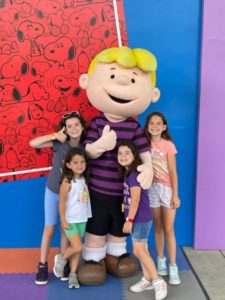 Things went a little differently for seven-year-old Olivia. When she was one year old, Olivia got up from a nap one day with half of her body stiff and jerking. Ashleigh and her husband Dustin knew something was wrong but had to push to get answers. Doctors initially sent them home but after a trip to the emergency room, a return to the hospital, and an MRI, they diagnosed Olivia with cortical dysplasia, a brain abnormality that is one of the most common causes of epilepsy in children. Ashleigh and Dustin had PTSD; they could not believe Alyssa’s nightmare was happening all over again to Olivia. Olivia only takes one seizure medication. But the cortical dysplasia causes behavioral issues, including intermittent explosive disorder, severe ADHD, and trouble regulating her moods, so she takes around five medications to help with these.

Alyssa and Olivia have two other sisters, Hailey and Mackenzie, and all four girls are like most sisters. “They could be best friends, or they can argue all the time,” says Ashleigh. But the family is close, and together they’ve faced challenges beyond keeping the girls healthy and safe. Ashleigh has struggled to work a consistent job because of her caregiver duties. She currently works for the school system but has to juggle taking time off for doctor appointments at Riley or in Cincinnati. There are also financial struggles when one of the girls is hospitalized and Dustin has to take time off work. Another challenge can be getting all the girls involved in activities when there are so many factors to consider before walking out the door, including having medications on hand and making sure they are taken at the correct time.

They have found a great support system in the hospital staff at Cincinnati Children’s, and they have forged a friendship with a neighboring family. Ashleigh’s mom is also quick to jump in when they need help. Still, raising two girls who require frequent medical attention can be tough, and it can feel lonely when no one understands. Even so, the family strives to stay upbeat. “Even though times are really rough, things could be worse. In Alyssa’s situation, she could be in a vegetative state, and she’s not,” says Ashleigh.

Ashleigh learned about A Kid Again through a special needs page on Facebook. “I started crying; it’s a group of families that understand,” says Ashleigh. The family’s first Adventure was Kings Island in 2021. While all the girls love amusement parks, Alyssa and Olivia usually need to take time between rides, and Alyssa can’t be in the heat for too long, making it hard to enjoy as a whole family. “Going with A Kid Again, and knowing we could skip the lines, we were able to give the kids the breaks but still enjoy the time there and make sure they got to ride the rides they wanted,” says Ashleigh. The girls also received a holiday Adventure in a Box this winter with a gingerbread house kit, reindeer food, and other activities. They look forward to more Adventures in the year to come.