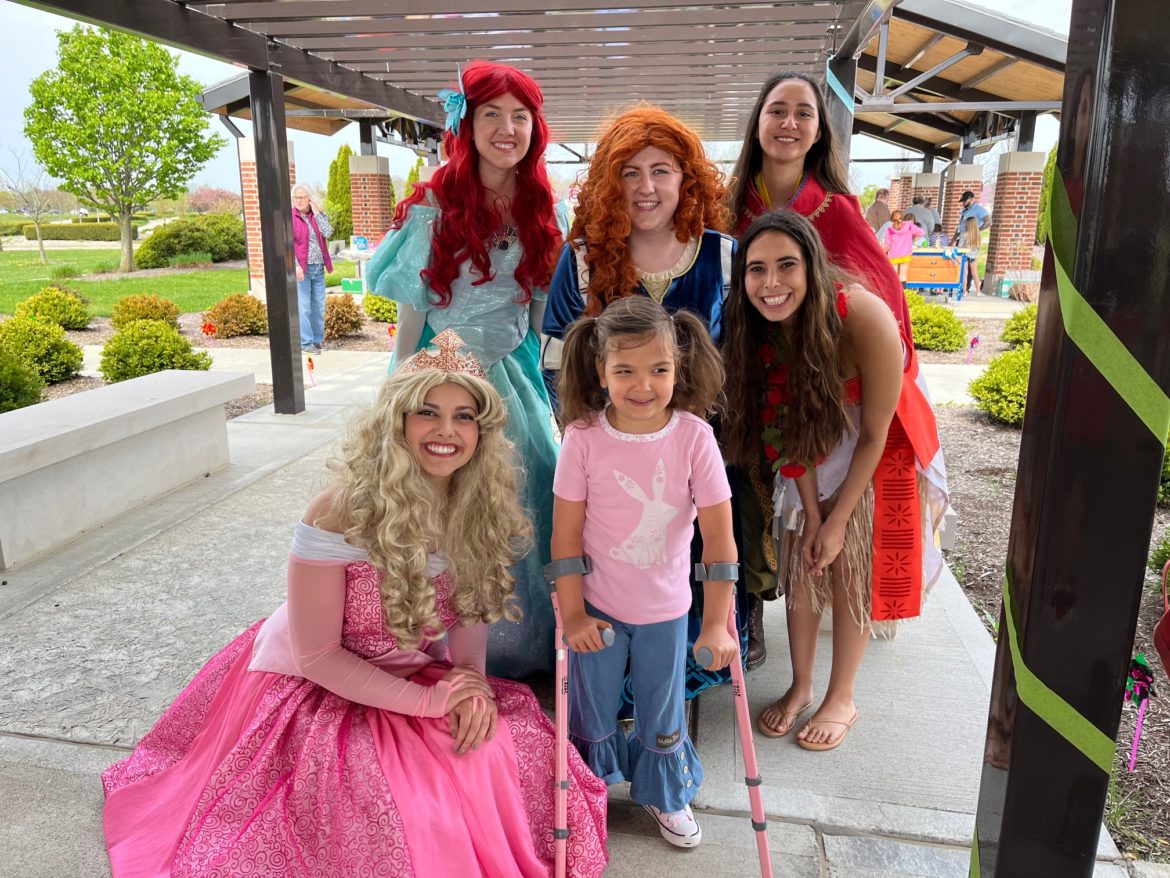 Six-year-old Paisley loves animals. And not just the cute and cuddly ones, but also the creepy crawly ones, such as snakes and spiders that fight to survive. She may be drawn to them because she, too, had to fight for survival: she was born a micro preemie at just 24 weeks, weighing 1 pound 12 oz.

Paisley’s parents Susan and Matthew met Paisley at Arkansas Children’s Hospital when she was eight weeks old. They quickly finalized her adoption and flew her back to Riley Hospital for Children in Indianapolis with the help of a volunteer medical flight service. Her Riley team learned there were more problems than originally diagnosed in Arkansas. They knew Paisley had hydrocephalus⁠—a buildup of fluid in the brain—and had a shunt to help drain fluid. But when she arrived in Indianapolis, Paisley was breathing 100 breaths a minute and needed brain surgery for her malfunctioning shunt. She also had a large atrial septal defect (ASD), a hole in her heart that was contributing to pulmonary hypertension. Thankfully, after several surgeries and 154 days in a NICU, Paisley came home on oxygen and a nasogastric tube (NG tube) that delivered food and medicine from her nose to her stomach. 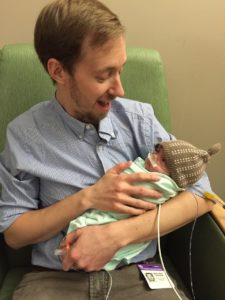 These days, Paisley enjoys her half-day kindergarten, her stuffed animals, and her older siblings. She gives out nicknames to those she adores and has a great sense of humor. While Paisley can eat and drink orally, she does not do it consistently, so she uses a gastrostomy tube (G-tube) when needed to deliver medicine and extra fluids straight to her stomach. Her shunt will be a lifelong concern, as shunts have a high fail rate. Shunt malfunction is considered a medical emergency, leaving you an hour to get to an operating room. Paisley has had five surgeries to fix different parts of her shunt since she was born.

Paisley also has spastic diplegia cerebral palsy, a type that is limited to her legs, so she uses ankle foot orthotics (AFOs) for support, forearm crutches at school, and a wheelchair for longer distances. Additionally, her chronic lung disease makes germs a big threat. Illnesses lower Paisley’s seizure threshold, and her lungs are not able to manage even a common cold easily. 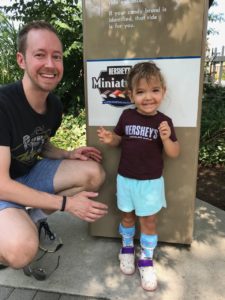 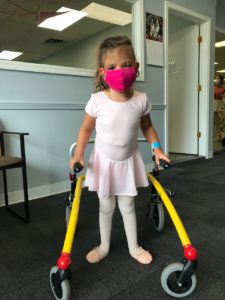 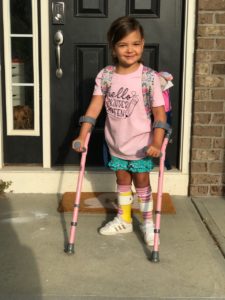 Most recently, Paisley was diagnosed with epilepsy. Three days after a shunt revision last summer, she had a massive complex partial seizure that lasted 30-40 minutes, and experienced Todd’s palsy, when a seizure is followed by temporary paralysis. Paisley takes medication for her epilepsy, but her timeframe for getting medical help has narrowed drastically. “Up until that point, we’d always had an hour. Now we have four minutes,” says Susan. “Every minute of every second of every day, we are always four minutes away from calling 911.”

This may seem like a lot to handle, and it is. But Susan and Matthew have learned to navigate the complicated road they are on. “Honestly, it’s absolutely terrifying. But you get to the point where you can’t sit down and cry about it,” says Susan. “It’s darkness that you live with, but she’s so bright and light. You can’t have the light without the darkness.” 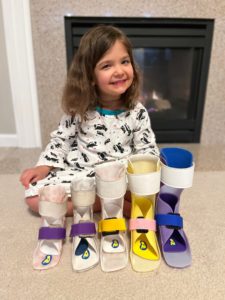 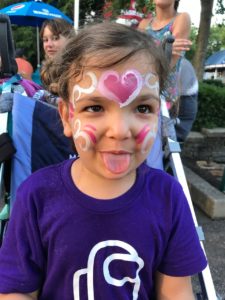 For support, Paisley’s parents have a family that is near and dear, offering a couch to plop on to laugh, to cry, and to live life with. Susan encourages those who know a family with a medically complex child to be specific when offering help. “When people offer, they mean well, but you don’t know what you can ask for and it’s really hard to ask,” says Susan. “If you’re close enough to the family, say ‘I’m coming over to wash your dishes, when’s a good time?’ or ‘I’m coming over to help you with laundry, what day is good?”

She also pushes people not to pity Paisley and kids like her.

“Don’t feel sad, don’t assume that Paisley has a bad life or that Paisley’s life is tragic, because it’s not. Paisley is a miracle, and she is one in a million, literally,” says Susan. “Her joy and her experience in life is so much richer for having a different experience, and so is ours.”

While Matthew and Susan have always prioritized family time, after Paisley’s seizure last summer, they moved even further in that direction. “We wanted to make sure we were taking more moments, because suddenly, we didn’t have any more moments,” says Susan. They found A Kid Again through a Facebook support group and have been on several Adventures as a family:  Headless Horseman at Conner Prairie, the holiday party, Newfields Winterlights and The LUME exhibit, the Valentine’s party with princesses, the Easter egg hunt, and an Indy Fuel hockey game. They have enjoyed that the whole family gets to have a great time without any planning. “One of the things we absolutely love about A Kid Again is that siblings are equally included,” says Susan. “It’s wonderful they get the same experience that Paisley gets.” 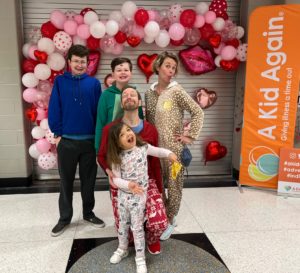