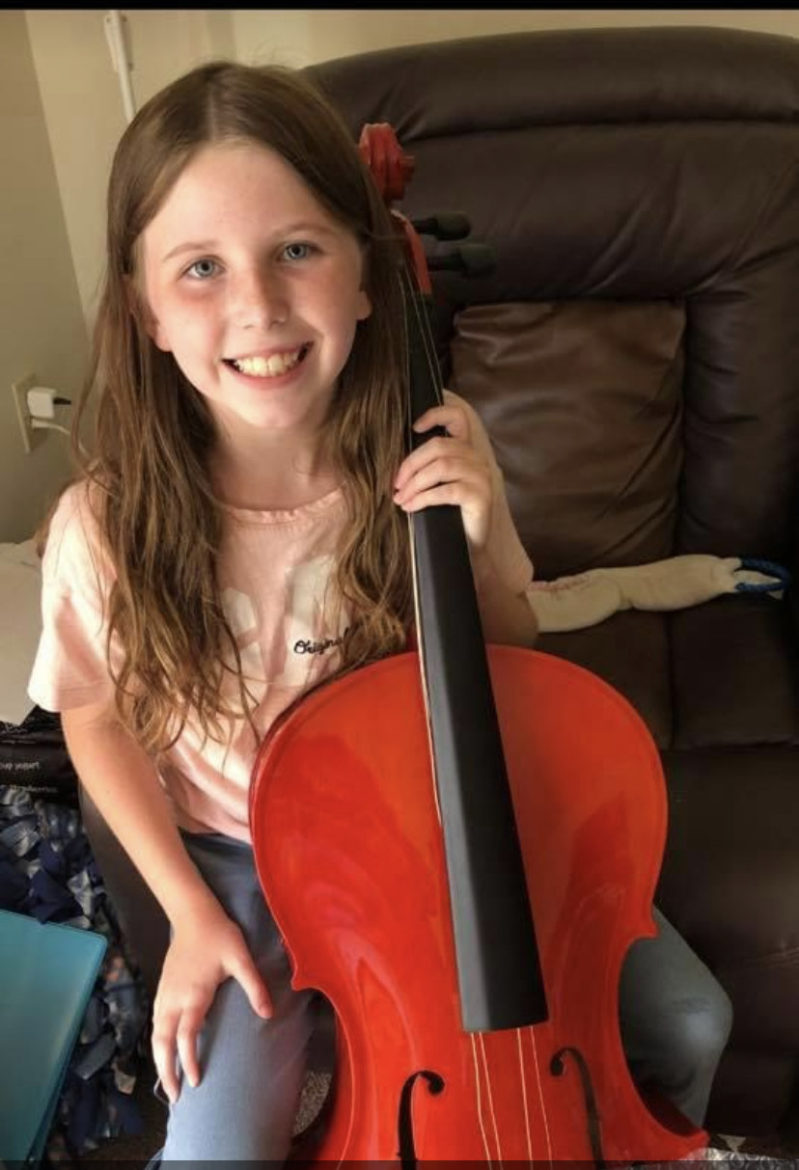 Courtney loves to perform. Whether competing in a volleyball match, pumping up others with the cheerleading squad, playing beautiful music on her cello, making art, or landing a spot on the honor roll, this 12-year-old is certainly a go-getter. She doesn’t let her slew of diagnoses slow her down. 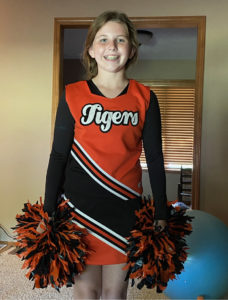 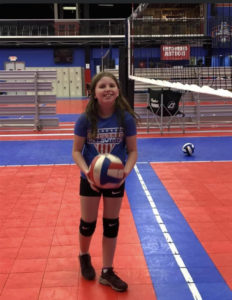 Her first diagnosis came when she was almost five years old. After her older brother dared her to jump off a swing in the wintertime, Courtney’s knee swelled up. The doctors discovered she had juvenile enthesitis-related arthritis (ERA), and 20-plus joints were affected. ERA is an autoimmune disease that causes pain and swelling not only in joints (arthritis) but also where tendons and ligaments attach to your bone.

Courtney also learned she had ankylosing spondylitis (AS), an inflammatory disease that can cause the small bones in your spine to fuse together, and that did, unfortunately, cause spinal damage for Courtney.

This seems like quite enough to deal with. But the diagnoses continued. 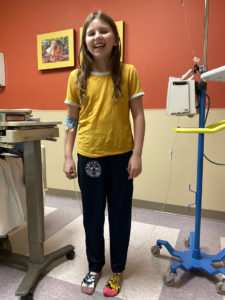 When Courtney was 9, they transferred her care from Indianapolis to Cincinnati. At their very first visit in Cincinnati, they learned Courtney had a 36 mm hole in her heart. Open-heart surgery was too risky with her other conditions, and the largest device without open-heart surgery is 30 mm, so Courtney was left with a 6 mm hole. While an additional 2 mm closed independently, she still has a 4 mm hole in her heart that requires medicine daily.

The Cincinnati doctors also discovered Courtney had several other conditions:

“The rest of them, we kinda took them in stride, but that was really a tough one,” Renda says. “As the cardiologist said, we were lucky it didn’t affect her worse than it did at the time.”

Some ways Courtney’s conditions do affect her include occasional shortness of breath, tiredness, weight loss, and stunted growth. But Courtney has learned how to dose herself so that she can continue doing the things she loves, and even likes to dance her way through her infusions. She is on four medications daily, with one of those on an as-needed basis.

Her treatment schedule keeps the family busy. They travel to Cincinnati every couple months, and to Philadelphia every three to four months to see her neuromuscular doctor. Yet, even with the hectic schedule, her parents want others to know it is possible to live a normal family life. “A lot of people think that if you have a medical child, your life is on hold,” Renda says.

Courtney wants other kids to know that “no matter what their diagnoses are, they can do and be whatever they set their mind to, even if it means they modify it, and to not let what others say stop them from trying.”

Connecting with A Kid Again has given Courtney opportunities to forget about doctors and diagnoses and to focus on fun. 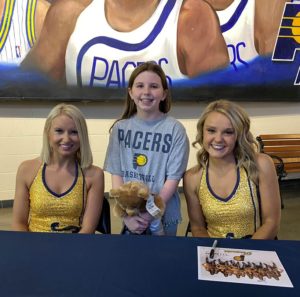 The family first learned about A Kid Again from Courtney’s medical team in Cincinnati and joined when the Indiana Chapter formed.

They have participated in several Adventures, including the Kings Island trip, the pumpkin farm, trick-or-treating, and the Conner Prairie Holiday Party. Courtney’s favorite was a Pacers game for her birthday last winter.

“For her, it’s a way just to get away and be with other people who don’t judge,” Renda says. “It’s been great for her. We try to do as many as we can.”