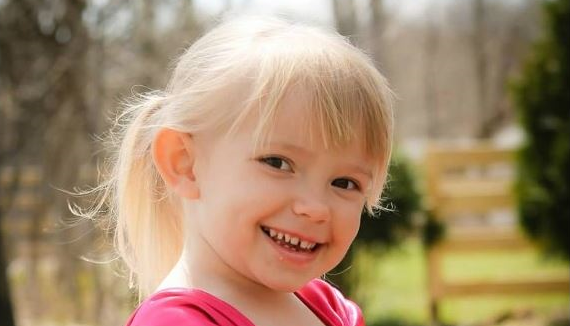 Finding the Time to Smile

On December 5, 2014, 3 years old Violet suddenly collapsed and began convulsing at preschool. She was rushed to the ER, where it was determined that she had experienced a severe tonic-clonic seizure. In less than three months, Violet experienced multiple EEG’s, extended hospital stays, ambulance rides, and four medication changes as her team at Cleveland Clinic race to find a combination to calm her seizures. At the 8 month mark, her seizures were out of control with some hitting every 15 seconds. My once sunny, silly girl was now non-verbal and had lost all of the independence she had loved. Family vacations became extended stays in the hospital. Ambulance bills replaced airfare. Even if we had somehow managed the finances to experience a day trip, questions about safety, care, and logistics quickly smothered our hopes for fun.” Elizabeth, A Kid Again Mom

“I have a video of Violet smiling, GRINNING, while we rode the carousel. That entire week had been full of seizures, ouchies, and ER visits…but for three minutes and twenty seconds, my daughter was happy.”

“We recently enjoyed an evening at the Columbus Zoo & Aquarium, thanks to our friends at A Kid Again. Violet was having a rough day, and we seriously considered canceling. She had been experiencing frequent seizures, hated wearing her helmet, and was so angry that I wouldn’t let her walk. On a normal day, I wouldn’t want to feel like we’d wasted the money, but because our experience was taken care of, I knew that even if we were only there for an hour it would be worth our time. As soon as we pulled into the parking lot, my heart swelled. Dozens of families, so vastly different and yet so similar, were unloading wheelchairs, gearing up, checking medicines, and rolling up to the entrance. Laughter, excitement, love. It was contagious. Every volunteer was kind, understanding, warm, welcoming…which is incredibly comforting when you require assistance for your child. I’m still not used to asking for help, and I never did that night. There was always a friendly face and an extra hand ready when they could see my struggle. I have a video of Violet smiling, GRINNING, while we rode the carousel. That entire week had been full of seizures, ouchies, and ER visits…but for three minutes and twenty seconds, my daughter was happy. We both forgot about Epilepsy. And I witnessed her magical transformation into a kid again. This organization and its thousands of supporters and volunteers gave us that moment. I can’t ever show enough.”