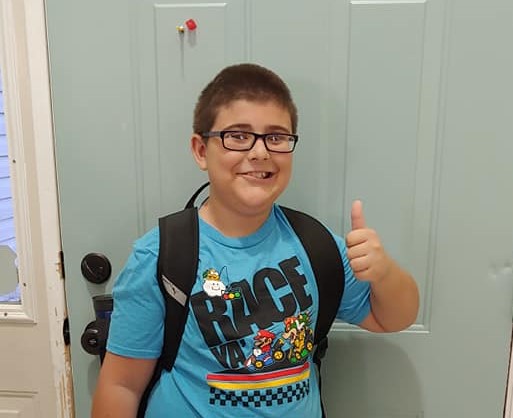 The Chevrier siblings have their own distinct personalities. Jaxon, 13, is outgoing with a dry sense of humor. Eli, 10, loves kicking the soccer ball around and playing video games. Sofia, 8, is a girly girl, into sparkles, rainbows, and mermaids. While they each shine in their own way, the siblings have one big thing in common: a mystery autoinflammatory condition.

When Jaxon was four, he had an appendectomy due to appendicitis. But after surgery, he did not get better. High fevers continued, and he was hospitalized for a short time. “He was so bad, he would move like he was a 90-year-old man,” says Katie, Jaxon’s mom. His medical team could not figure out what was causing his fevers, and the family was sent to an infectious disease specialist, then to rheumatology, with a possible diagnosis of Systemic Juvenile Idiopathic Arthritis (SIJA). Although he had some of the common signs and symptoms, including systemic fevers and inflammation, he never had arthritis.

After several years of treatment for SIJA, Jaxon hit a new low in third grade. “He was really sick,” says Katie. “Every month we were in the hospital for at least a week with really bizarre infections, infections kids don’t typically get.” By November of that year, Jaxon was in the PICU at Riley Hospital for Children in Indianapolis and had to be intubated. The doctors thought he was in septic shock and were not sure he would survive.

Jaxon did pull through, but with no diagnosis behind his symptoms, his family has to contend with mysterious symptoms that pop and go away on their own timetable: two years with asthma, six months with gastrointestinal issues. After more specialists ruled out SIJA, Jaxon’s rheumatologist narrowed it down to an autoinflammatory condition. She helped the family connect with the National Institutes of Health (NIH) Undiagnosed Diseases Program (UDP) in Bethesda, Maryland, to try to find some answers. Curiously, around this time, Eli and Sofia started to show symptoms that were similar to Jaxon’s.

In July 2019, all three siblings went to Maryland for a week and a half of 12–15-hour days of testing. “We stumped them, too,” says Katie. The NIH performed genetic testing but did not get any definite answers. However, their results will go into the NIH database to be compared to other patients who surface with similar medical issues. 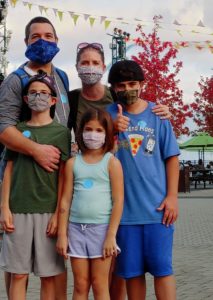 The family returned home and continue to live what has become their “normal.” All three kids get broken bones very easily. Jaxon deals with adrenal insufficiency, so has to avoid getting overheated or dehydrated. Eli has a periodic fever syndrome. Sofia was recently diagnosed with chronic recurrent multifocal osteomyelitis (CRMO), which involves bone inflammation. While all these symptoms point to an autoinflammatory issue, so far doctors have not found the link.

“These three kiddos are so strong and brave with everything,” says Katie. “They’ve just grown up doing this, and so for them it’s daily life.” The kids continue to see lots of doctors: a rheumatologist, pulmonologist, endocrinologist, orthopedist, and more recently, a geneticist.

Katie and her husband, Joe, stress that you have to be your child’s biggest advocate.

“If you know something is wrong, you have to trust your gut, and you have to push to get them the care that they need,” says Katie. They also suggest being honest with your kids, as age appropriate as possible, and including them in medical decisions. “As a parent you have to make those decisions, but it’s good to hear what their opinions are and let them have a voice in it,” says Katie.

The Chevriers learned about A Kid Again through Jaxon’s Child Life Specialist at Riley. They have been on several Adventures, including the Kings Island trip, but their top A Kid Again moment was riding on a float in the 500 Festival parade. While the Adventures are amazing, Katie says A Kid Again is there for families through so much more than those experiences. 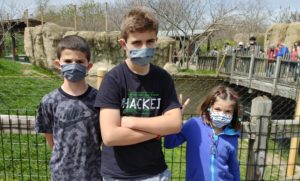 The Chevriers learned this a couple years ago after attending the Columbus Zoo Adventure and the gala the following evening. After the gala, Jaxon got sick and ended up in the hospital in Columbus. Several A Kid Again staff members visited them at the hospital, extended their hotel stay, and connected them with the local Ronald McDonald House. “They went above and beyond to help us and make that journey easier,” says Katie.

They felt this support again last summer when Katie’s employer, a preschool, shut down because of Covid, and Joe lost his job, also due to Covid. Their air conditioner went out, which was a huge problem: Jaxon cannot get too hot with his adrenal insufficiency. Katie contacted A Kid Again to see if they had any connections, hoping they could find a discount. A couple weeks later, A Kid Again reached out to share that Carrier was donating a new air conditioning system to the family.

“A Kid Again has been there in such a different way for us,” says Katie. “They have just supported us through so many things.”