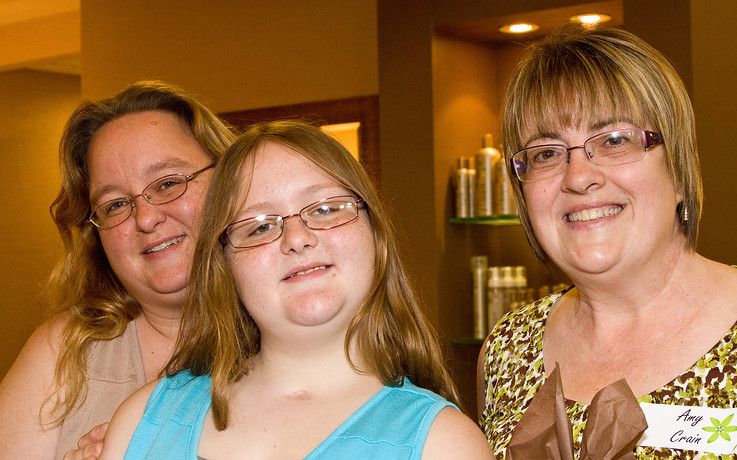 Ivory Against All Odds

Four year old, Ivory had been sick for a year, but during the year they were reassured multiple times that their daughter was okay. After numerous trips to the ER, a CT scan was order and the results were instantly life-changing. The doctor requested that her parents grab a seat as he shared the devastating news – there was a large mass on the back on her brain. Less than 48 later, Ivory was being wheeled in to surgery.

Following the surgery Ivory continued to battle for her life in the PICU. Her parents called in the nurse when they notice she was struggling to breathe, but the time the medical professionals reached her she had coded. They revived her, but her battle continued.

“You can go out and do all these fun things with A Kid Again, and you don’t have to worry about your disease.”

Ivory’s parents continued to grow concern calling in the nurses and doctors. Immediately, the doctor knew something was wrong and grabbed Ivory in his arms, but not before she starting vomiting. She was rushed to receive an x-ray only to relieve that stomach acid was leaking into her body. Ivory was rushed in for yet another surgery. Following the surgery, she seemed to be on the mend, but when a nurse came in to check on her, she noticed that something wasn’t right and Ivory was rushed in for yet another surgery.

Following the surgery, the doctor came to speak to Ivory’s parents. He told them that it was time to call family members and say your goodbyes because she wasn’t going to make it through the night. But she kept fighting. She made it through the night and the next. The doctors then needed to operate again, but Ivory was too fragile to move, so they operated on her in the PICU. She was placed in a medial coma to assist with recovery, but the doctors continued to tell her parents that they needed to say their goodbyes.

Despite the all odds, Ivory began to improve.

Back to Stories
Next Story